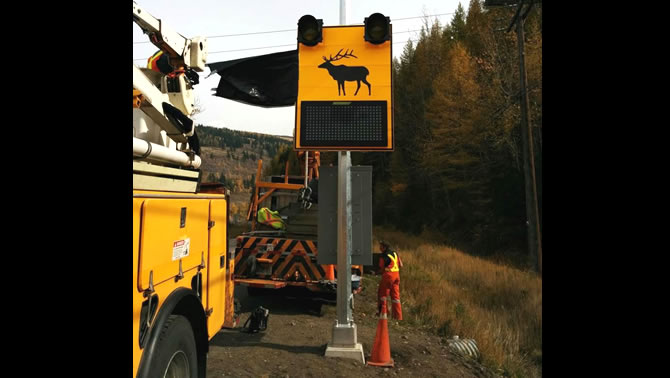 Two locations in the Elk Valley had this warning sign erected in November. The wildlife detection systems will go live in early 2016. — Photo courtesy B.C. Ministry of Transportation and Infrastructure

Sadly, over 24,000 animals—including deer, elk, moose, bears and coyotes—are killed by collisions with vehicles in a typical year in British Columbia.

In B.C.’s Southern Interior, about two people are killed and 180 people are injured in animal-related vehicle collisions in an average year. Those collisions also result in economic losses, including fixing our vehicles and cleaning up our highways.

Highways 3 and 93 have stretches that are particularly dangerous for wildlife collisions, according to the B.C. Ministry of Transportation and Infrastructure (MOTI). This time of year brings animals such as our beloved Rocky Mountain elk to our valley bottoms for winter range, where the snow depth is shallow and grazing is easier. One recent statistic shows that approximately 70 per cent of elk fatalities on Highway 3 near Sparwood occurred between October and March.

In hopes of lessening wildlife vehicle collisions, two elk radar units were installed along Highway 3 in November. This new high-tech tool is a radar-based wildlife detection system. When large animals are detected, the system will trigger flashing lights on a warning sign to advise drivers of the potential danger.

MOTI is investing $2.5 million in this pilot project, and the ministry expects the system to go live in early 2016.

“These locations were selected for the pilot systems because of the high numbers of elk and deer, which can often wander onto the highway and have the potential to cause serious crashes,” said Chambers.

“We need a minimum of one year’s worth of data . . . to carry out an assessment,” he said. Data from the pilot project will be used to determine if these units should be installed elsewhere in the province.

Data above are mathematical averages obtained from past records of ICBC and MOTI. For more information, visit the Wildlife Collision Prevention Program website. 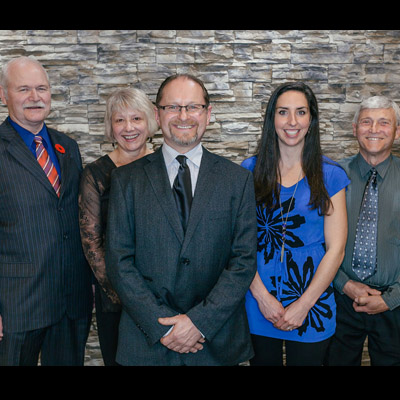