This couple have brought their product to global attention 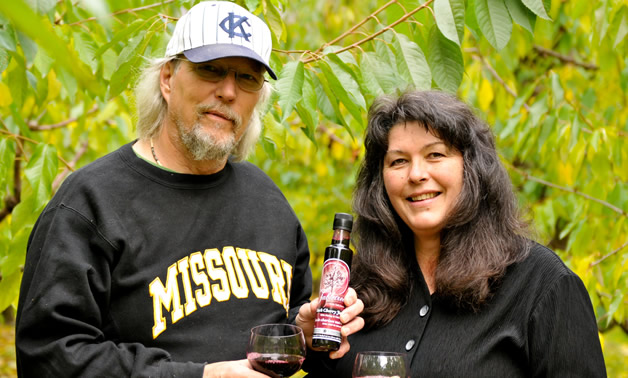 Tabletree Enterprises Ltd., owned by Gary and Susan Snow, has its home in Creston, B.C., at L.W. Truscott Farms, a 100-year-old family farm that has diversified over the years and has always provided its community with high-quality produce.

With the fresh-cherry market becoming more competitive, the Snows began researching ways of adding value to their crop. They designed and built a proprietary juice-extraction system, and when heavy rains in 2009 caused the cherry crop to split before it could be picked, the Snows were somewhat prepared. They entered their juice-extraction system into the B.C. Innovation Council’s Commercialization of Agriculture Technology (CAT) competition, and in 2010 they were awarded $160,000 in matching funds to build a cherry-processing centre.

That first award was a hint of things to come. At the October 2012 World Juice conference in Barcelona, Spain, Tabletree black cherry juice won the title of Best Pure Juice Product out of a field of 350 representatives from 60 countries.

“They called us in late September to tell us that Tabletree had been shortlisted, and insisted that we attend the conference,” Susan said.  “We borrowed air miles from everyone we knew in order to get there!”

Susan said that research on the health benefits of Tabletree black cherry juice is being done by Dr. Patrick Dutartre, CEO of Cohiro Biotechnology, located in the faculty of medicine and pharmacy at the University of Burgundy in Dijon, France. Apparently the early results of the research look very positive.

In spite of long hours of work and minimal profits so far, the Snows have a positive attitude, and laughter punctuates their conversation.

Gary describes himself as an extroverted introvert, because he loves to talk, and Susan describes herself as very determined.

Gary said that one of his strong character traits is “being too dumb to know I can’t. It’s been amazing to succeed in spite of how much we didn’t know in the beginning.”

“Who would have thought that a small operation like ours could win a best in the world award?” said Susan.

The Snows hope to eventually produce 300,000 bottles of black cherry and other fruit  juices annually for wide distribution.