When you combine a strong editorial background with an entrepreneurial spirit, you get Elinor Florence 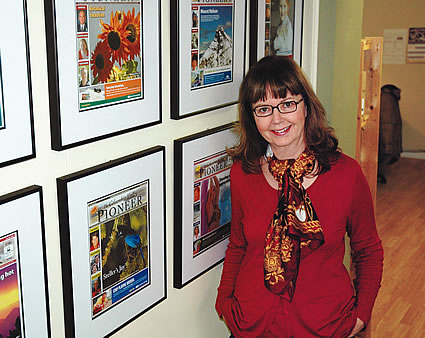 Florence is a journalist who has written for some of the most prestigious newspapers in Canada. Nevertheless, when she and her husband, Heinz Drews, moved their family to Invermere in 1996, she thought her newspaper career was over. But, after being invited to be a regular contributor to Reader’s Digest and writing for a fledgling local newspaper, Florence went on to purchase that paper—the Columbia Valley Pioneer—in 2004.

“We’ve gone from strength to strength,” said Florence. “The readers have loved us from Day 1.”

The Pioneer has filled a niche in the valley with its attention to local history and culture, colourful photo spreads and the voice it gives to Columbia Valley residents. In 2006, Florence expanded the operation to include other magazine publications that highlight local opportunities and businesses. Readers throughout the Kootenay region have suggested she expand to their communities—and she’s considering it.

Florence has been recognized for her hard work. She was named Columbia Valley Chamber of Commerce’s 2005 Entrepreneur of the Year and in 2008, she was included in a book published by the B.C. Women’s Enterprise Centre, 100 New Pioneers.