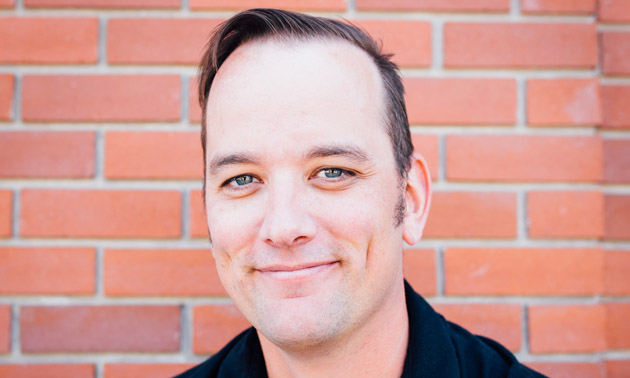 A world-class company needs a world-class leader. Someone who’s approached by a publisher to write a leadership book. Someone who’s a member of the Young Presidents’ Organization. Someone with a vision to grow a global business that’s now one of the fastest growing companies in Canada.

Based in Rossland, B.C., ThoughtExchange has 200 distributed employees and works with some of the world’s largest organizations like GE Healthcare and McDonald’s.

Recognizing a thought leader, Wiley & Sons reached out to MacLeod and said, “You’re in a really interesting space.” The publisher asked MacLeod to write a leadership book, which was just released, called Scaling Conversations: How Leaders Access the Full Potential of People.

The book is basically about how to have a conversation, and MacLeod hopes it will be an introduction into a new business category of enterprise discussion management. His lodestone is the fundamental belief that all of us are better than any one of us.

“Fundamentally, if you want to optimize your business and show people you respect them, ask them for their opinion on things because they probably have great ideas you should listen to,” he said.

KootenayBiz interviewed MacLeod about his new book and his fast-growing company, whose business doubled every 30 days last year during a global pandemic. Here’s Part I, focusing on what makes this CEO tick and his new book. To understand what ThoughtExchange does and learn about its beginnings and phenomenal growth, tune in to Part II.

Dave MacLeod and his values

Dave MacLeod is well aware of his privileged position as a white male CEO and feels he has to leverage that privilege while creating his global brand. He likes to cite statistics about CEOs in Fortune 500 companies. For example, fewer than 20 out of 2,000 CEOs have been African Americans, there are more CEOs named Dave than there are women in the Fortune 500, and the average height of CEOs is six feet tall.

This worldview of diversity, equity and inclusion permeates his personal and professional life.

He was born and raised in 100 Mile House and lived in many places. Prior to ThoughtExchange, he was a successful serial entrepreneur whose roles included an outdoor guide, a business consultant and an events co-ordinator. He and his family landed in the Kootenays about eight years ago when the co-founder of ThoughtExchange moved to Rossland.

His biggest strength that helps him succeed at ThoughtExchange is “believing in other people,” and he surrounds himself “with really amazing people.”

“A lot of the ideas in the book are from conversations with customers and learning from them,” he said. “I’ve met some pretty amazing executives.”

MacLeod said what keeps him up at night is his responsibility to grow a business in healthy ways that reflect its values, including being aware of its environmental footprint. Moving forward, he aspires to work more on issues related to the environment and climate change.

His approach to ThoughtExchange’s charitable giving is unique. Instead of the brand supporting certain non-profits, he allows his employees to volunteer and support non-profits of their choice. That includes offering free software to non-profits in the Kootenays through his employees.

Outside of work, Dave keeps busy as a father of three who loves the outdoors.

Scaling Conversations: How Leaders Access the Full Potential of People

Published by John Wiley & Sons in 2021, Dave MacLeod’s book is written for leaders who want to learn how to have a conversation and find common ground. Its premise revolves around the problem that we are unable to converse effectively in large groups because our communication systems don’t scale up.

MacLeod had two goals for writing the book. First was the narrower goal of growing ThoughtExchange. The second goal was loftier—to save ourselves, our organizations and our planet. In his words, he hoped “to do my part in moving forward a body of work that inspires more research, development and deployment of conversation technologies to bring people together to solve the most pressing issues in our organizations and on our planet, before we become so divided we blow ourselves up or become so selfish we wreck the planet.”

He wrote the book over the course of last year for a broad audience of business and community leaders, especially those who have power and authority over other people.

He was plodding along on the book but then the pandemic put an urgency to it as did other events of the time, including the killing of George Floyd, Black Lives Matter, anti-Asian hate and the changing business environment.

“I think it’s important that people are involved in conversations right now,” he said. “People need to learn to have scaled conversations.”

MacLeod believes the three main benefits to an organization of scaled conversations are:

He admits that emotional intelligence is a huge underpinning of the book’s topics, and he believes that it’s a learned skill.

“This whole book is about sharpening your saw and becoming a more emotionally intelligent person,” he said.

A book that comes to mind while reading MacLeod’s book is Quiet by Susan Cain, in which she explains introverts and their value in Western societies dominated by extroverts.

“The introversion/extroversion realm is super relevant and then how that gets applied digitally is also fascinating to me,” MacLeod said.

He describes himself as an ambivert, that is, someone who exhibits qualities of both introversion and extroversion. He said he found his tribe when he heard Jerry Seinfeld describe that blend of being energized by a crowd or while on the stage but feeling less comfortable one-on-one.

“I can’t think in silence,” MacLeod said, so while writing his book he would have music playing or head to a local coffee shop for background sounds.

In his experience, some people dominate in face-to-face meetings while others dominate in the digital world, in chats or in social media. They might not be the same people, and he said the loud are the problem as they dominate but the “quiet” are the majority.

This how-to book covers wide-ranging aspects of conversations you likely never even thought about. Examples include the impact of our known and unknown biases, crowd madness and Groupthink. Groupthink is when a group is making a decision but in its effort to reach consensus, it is heavily influenced by the loudest people, thus often resulting in poor decisions.

Throughout the book, MacLeod keeps coming back to margaritas. Yes, he uses a margarita analogy that truly works. Imagine you’re sitting around a restaurant table with a group of friends. The first person orders a beer, as does the next one and so on. But the last person says that they’d heard margaritas are a specialty at the restaurant, so they order one. Others in the group then change their drink orders based on this new information.

MacLeod explains that this is the core of human communication: we share ideas, listen to one another and change our minds when presented with a better idea. In a small group, it’s easy to bring forth new ideas and react to them, but how would this margarita example work with hundreds or thousands of people? The author uses this simple margarita analogy to drive home many salient points about scaling conversations.

The book also discusses the founding, evolution and edits to the ThoughtExchange platform as its leaders gained experience. The mantra of the company seems to be “iterating and learning.” It’s obvious that MacLeod is a lifelong learner so we can anticipate that his first book won’t be his last.

To purchase a copy of the book, go to http://scaling-conversations.com/ 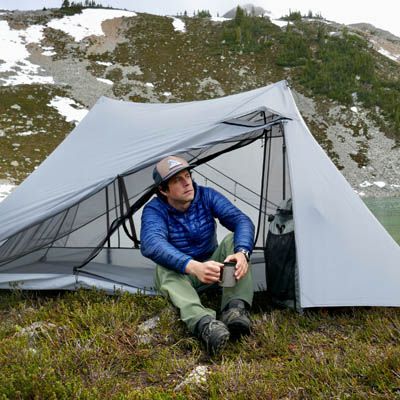