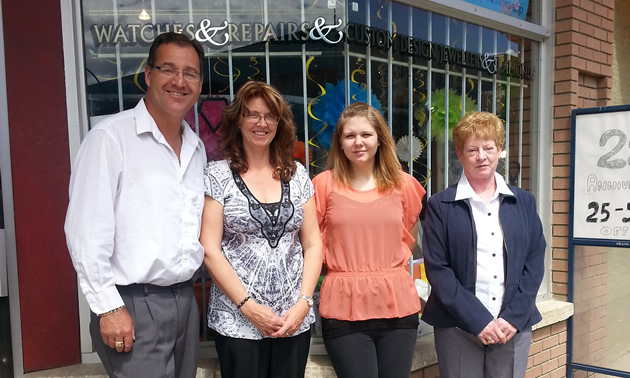 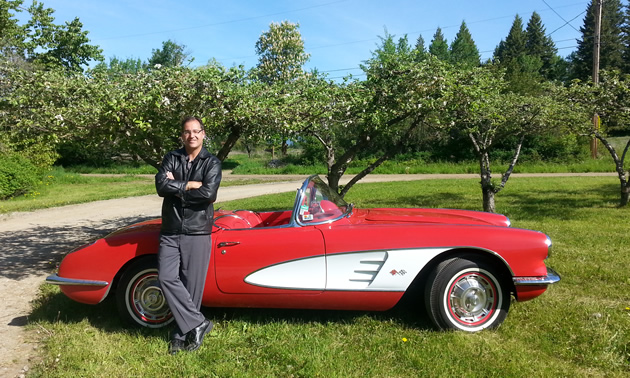 When Tony Mulder was six years old, his family moved to Creston, B.C., from northern Ontario. After graduating from Prince Charles Secondary School, he worked summers at Wynndel Box and Lumber to finance his education at Simon Fraser University in Burnaby, B.C., where he obtained a degree in business. At the suggestion of a retired watchmaker/jeweller  in Creston, Mulder studied and trained to be a master goldsmith in Vancouver, B.C. He obtained his gemological certification from the Gemological Institute of America, in California, in 1991.

Mulder and his bride, Eunice, opened Tony Mulder Jewellery & Gifts in Creston in 1989.

“I loved this work right from the beginning,” Mulder said. “I build pieces for customers after doing an interview with them so that I can understand their lifestyle, their tastes, their personality and their budget. I make timeless pieces that can be handed down for generations—it’s the ultimate in recycling, and it certainly has a deep meaning for the wearer.”

To keep up to date with the jewellery industry’s technologies, innovations and business practices, Mulder attends the annual JCK convention in Las Vegas, Nevada. He can buy gemstones directly from suppliers and mines, first learning as much as he can about the companies that produce the gems and how they treat their employees and support the communities where they’re based.

Mulder is a community-minded kind of guy who loves living in Creston.

“We have a beautiful acreage with a few cows and horses and fruit trees,” he said. “I was young when I started the business, and I’ve been successful because of this community. Now, we’re giving back to the community that helped build us up.”

His community service includes being past president of the Downtown Business Association and of Creston Valley Minor Hockey. He is a former board member for the Rotary Club and is involved with the Shriners as a clown.

Mulder also loves vintage cars. He recently chauffeured Wayne Stetski, mayor of Cranbrook, in his self-restored 1960 Corvette in Creston’s Blossom Festival parade. The car was a gift from Eunice almost 10 years ago, for his 40th birthday.