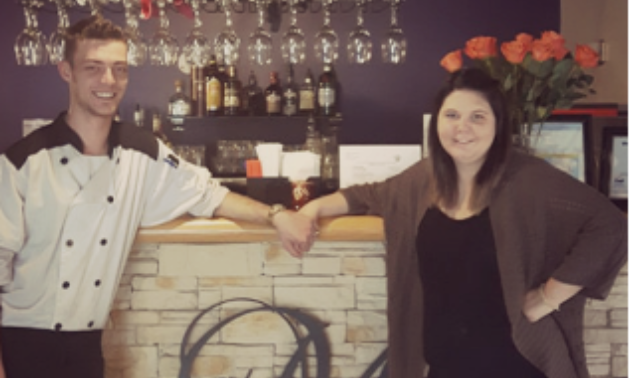 There aren’t many children who have the skills to cook a meal—and even fewer who insist on cooking for their entire family. Chef Brendan Mulder was one of those rarities and now Creston is the beneficiary of his culinary proficiency and creative flair in the kitchen, which is where you’ll watch him work.

Mulder’s is a new, open-concept restaurant where the chefs are situated in the middle of the dining room, making the creation of the meal the main attraction. “It's different than anything Creston has ever seen,” said Paige Mulder, head waitress and wife of head chef Brendan. “There’s something really satisfying about being able to watch your food being cooked.”

Everything within Mulder’s is handmade with locally sourced items on the menu including local artisan bread and wine from all three Creston vineyards. The diverse cuisine is highlighted by special events such as Night in Paris, Day on the Nile and Mulder’s Murder Mystery Night.