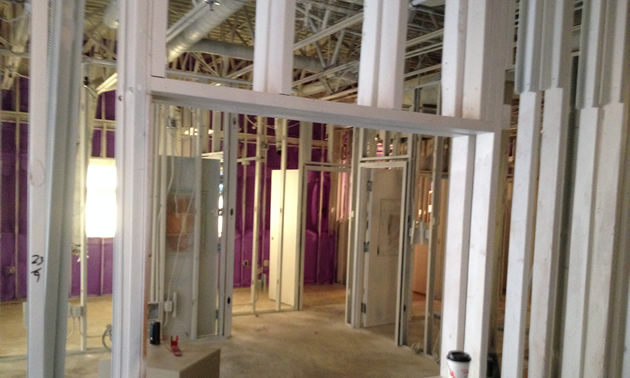 1 of 3Rocky Mountain Elementary School in Elkford, B.C., was gutted back to the metal shell after extensive smoke damage in June 2014. — Photo courtesy Dean Chandler 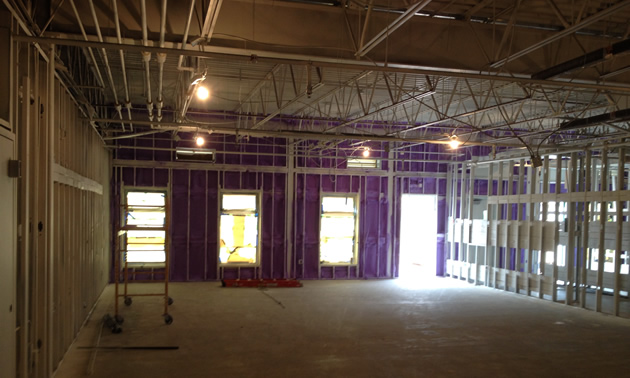 2 of 3Smoke damage to most of the rooms at Rocky Mountain Elementary School in Elkford, B.C., prompted an extensive restoration project. — Photo courtesy Dean Chandler 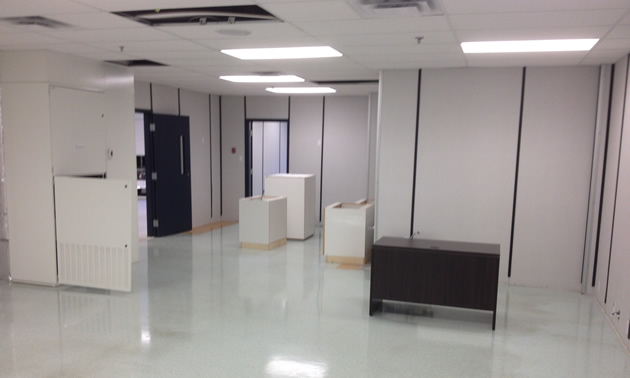 Dean Kroeker of Paulson Fire & Flood said that for larger projects it’s not uncommon for restoration companies to work together in the interest of getting a project completed. After toxic smoke from an electrical fire in early June damaged almost every room at Rocky Mountain Elementary School (RME) in Elkford, B.C., the restoration certainly qualified as a larger project.

Kroeker explained that the majority of the damage to the school was from smoke rather than flames or water. Most of what actually burned was plastics and wiring, resulting in a smoldering, oily fire that was chemical in nature and produced toxic gases. The building had to be gutted back to the metal framing, and any non-porous surfaces that weren’t otherwise damaged had to be cleaned and sealed.

Sixty or so workers carried out the demolition stage of the restoration, and precautions were taken to protect them from lingering respiratory hazards—particularly polycyclic aromatic hydrocarbons. Then the trades were called in: drywallers, plumbers, electricians, cabinet makers and others.

“Paulson’s worked with On Side Restoration out of Alberta,” said Kroeker, “and with the Ktunaxa Nation, which provided temporary labour to help bolster our workforce and expedite the demolition phase. On Side pulled some of their people from Vancouver and the Fraser Valley to come and document the materials that were lost—items like books, desks, chairs, computers—all the stuff it takes to run classes. This was definitely an upgrade for Rocky Mountain that wasn’t on the radar.”

Kroeker said it’s been rewarding to work on this project, to see the devastation transform to a beautiful new school in such short order.

“We received our final building inspection and occupancy certification on Tuesday, October 21, so it’s officially a school again,” he said.

As of November 3, students are back at RME. The school’s brand new principal, Dean Chandler, had a busy summer settling into his new community, making arrangements for class space for the students, ordering supplies and lending some muscle to the project.

“I’m new to the community myself,” Chandler said. “I arrived on July first, after the restoration had begun. Everyone has been very helpful with alternative space for the students. We appreciate that the high school was so supportive, taking in seven classes of smaller kids at the big kids’ school, and the District of Elkford allowed us to use the banquet hall at the Rec Centre, dividing it into three classrooms.”

Chandler said that the Parent Advisory Council and the community itself have been patient, understanding and resilient.

“The biggest thing has been to have everyone keep their eye on the target, and Paulson’s really came through for us in that regard,” he said. “The staff and parents have been amazing with their willingness to work—organizing the classrooms, moving furniture, unpacking new materials, working co-operatively to get this job done.”

“We expect the final cost to be in the range of $3.8 to $4.0 million,” said Rob Norum, treasurer for School District 5. “The District is very pleased to be in the building by November after an incredible effort on the part of contractors to clean and rebuild this building after the June damage.”