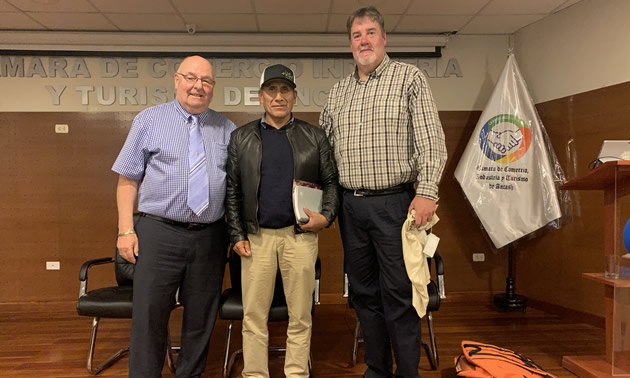 At the request of the Federation of Canadian Municipalities (FCM), Dean McKerracher and Curtis Helgesen, Elkford’s mayor and CAO, respectively, went to Columbia in 2017 and Peru in 2018 as Canadian volunteers under the CISAL program. This program is funded through Global Affairs Canada.

“Curtis and I work very well as a team,” McKerracher said. “We worked with mining communities there to share how our municipality works and to encourage transparency in their bookkeeping. We also worked with the municipalities and the mining companies to explore ways they can work together for mutual benefit.”

In 2018 McKerracher and Helgesen attended a three-day conference in Lima, Peru. They then spent two days at Canada’s FCM office in preparation for their six days in the Ancash region, near Huaraz.

The chamber of commerce in one community arranged a two-hour session for them, in which they were to do a presentation on how they manage the municipality’s budget, planning and team. That session stretched to four hours.

“The municipal government system in Peru has been changed recently in an attempt to eliminate possibilities for corruption,” McKerracher said. “That’s good, but the new system doesn’t allow for a transfer of knowledge. We were warned that the mayors—whether former or current—would not speak to each other. However, at this session we found two former mayors, nine new mayors and seven councillors in attendance, and they all talked to each other.

“We made the point that one united voice is more powerful than many small voices, and I emphasized that a mayor doesn’t have to be brilliant, but does need to have common sense—if it doesn’t make sense, don’t do it! They gave me a standing ovation for that one.

“As an example of a common-sense measure, we told a mining company in Colombia that if they would fix the roads, they would save huge amounts on repairing their beautiful big buses and other vehicles. Also, by providing road-work jobs for people in the communities, they would gain the loyalty of the people. The mining company has followed up on that suggestion, and is already experiencing the cost benefits.

“For us, doing this kind of work is incredibly rewarding.” 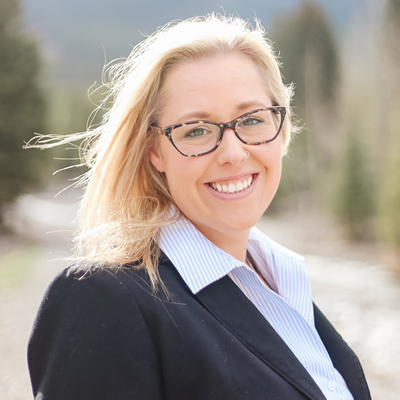