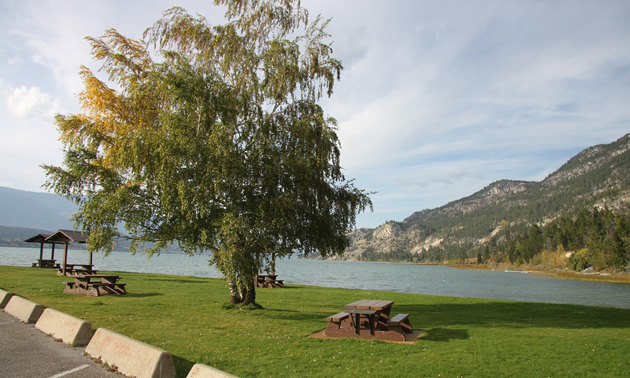 1 of 3Tilley Memorial Park is located on this lovely beach in Canal Flats, on the south shore of Columbia Lake. — Photo courtesy Village of Canal Flats 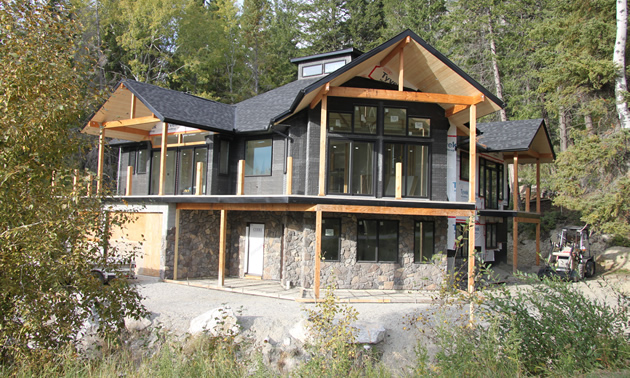 2 of 3This new house in Canal Flats, B.C. has a southwest view over Columbia Lake. — Marie Milner photo 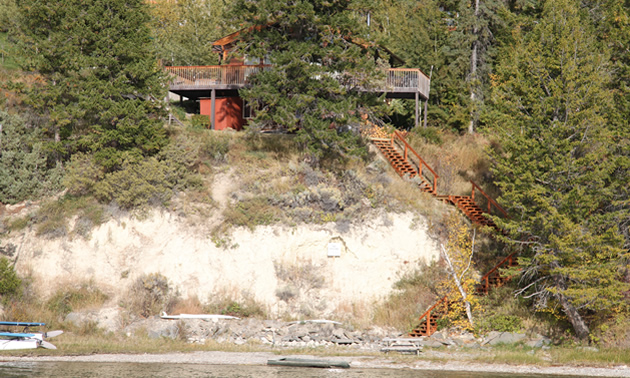 A very attractive feature of Canal Flats, B.C., is not visible from Highway 93/95, which passes through the edge of the community. If you drive through the village, away from the stacks of lumber and the Canfor sawmill, it’s easy to find the access road to the beach on Columbia Lake.

For such an off-the-radar little place, this is a pretty cool beach. Formally named Tilley Memorial Park, the beach is situated on an elbow of land that nudges out into the lake. It has a generous parking lot, shaded picnic tables, an expanse of manicured grass and a pebbled beach at the water’s edge. It also has the only public boat launch on the entire Columbia Lake. Lying between the village and the distant mountain range, the lake itself is gorgeous.

A meander around the village reveals a number of other features. The ice arena and the municipal hall are easy to pick out, and are obvious centres for community activities. There’s a nine-hole golf course right in the middle of town. An easy one-kilometre walking loop at the edge of the village takes you through scrub and grasses to the source of the Columbia River which, according to the interpretive signs, is an offspring of the Kootenay River and was an important waterway during the settlement of the province.

“We just received a grant of $800,000 from the provincial government toward a $1-million upgrade to our arena,” said Ute Juras, mayor of Canal Flats. She added that $50,000 from Columbia Basin Trust (CBT) and $100,000 from the RDEK reserve fund were also obtained for this upgrade.

"The remainder of the costs will be borne by the Canal Flats service area. CBT also funded the relocation and renovation of the new Columbia Discovery Centre, which will serve as the municipal hall and showcase the Ktunaxa Interpretive Centre,” Juras said.

When Sylvie Hoobanoff, administrative assistant for the Village of Canal Flats, goes to work, she heads for the fire hall. The village administration office is located there, but only for the next couple of months. Since the village was incorporated in 2004, the administration department has grown from a staff of one to a staff of seven. A company called 391043 Alberta Ltd.—in which Mike Vernon, formerly of the Calgary Flames, is involved—donated a building to house the growing administration contingent; renovation of that new centre is almost complete.

“Incorporation has meant that Canal Flats can take a more commanding role in achieving its goals and choosing its own direction as a community,” Hoobanoff said. “We have taken on areas of responsibility that were formerly done by the regional district, and we have outgrown the space we’re in, so it’s time to move.”

The village administration handles water and sewer services, taxation, building permits and anything else that a regular municipality would do.

Hoobanoff said she likes the small-town feel of Canal Flats. “It’s like everybody is a big family. It’s safe, friendly and welcoming. Lots of younger families are moving to Canal Flats from the cities, because the housing is affordable and they think nothing of commuting.”

If you enjoy the outdoors, Canal Flats is a great place to live. Hoobanoff lists some of the activities that are popular in the surrounding area.

With affordable housing in a peaceful, almost-rural setting, and an unlimited number of recreational options, the village of Canal Flats offers an attractive lifestyle.