Canal Flats is rebranding for an exciting future Since the closure of the Canfor mill that was the backbone of its economy, Canal Flats has been busy determining its vision and direction, and creating its new image. In July 2016 the Village administration hired Chris Fields to be its economic development officer, and with input from the community, Fields has established a three-part strategy for a sustainable future for Canal Flats.

Elements of the strategy

However, Fields said, “Visual identity and marketing of a community is like the tip of an iceberg.” In addition, employment and job creation are core to the economic development strategy, as is housing innovation and affordability.

With regard to job creation, Fields described the former Canfor lands—more than 162 hectares (400 acres)—as easily the largest block of employment centre lands in the Valley, with enormous potential for development.

“Those lands were purchased recently by Brian Fehr of the BID Group,” Fields said. “He has a clear interest in redevelopment of those lands, and we’re discussing all of the possibilities and ramifications of that development. Its future legacy will have an impact on the economy of the whole Valley.”

The BID Group is already employing 15 people in a portion of the old mill site, with its metal fabrication activity. The BID Group hopes to increase the number of employees in future.

“Housing innovation is part of attracting a new demographic to Canal Flats and encouraging entrepreneurship,” Fields said. “We want to attract families, millennials, entrepreneurs—people who would benefit from having more money in their pocket and less of the ball-and-chain of a big house with a big mortgage. Canal Flats continues to be the most affordable place to live in the Columbia Valley, by far.”

The new vision for the downtown area of Canal Flats is to rebuild it as a combined working/living space. That vision is driving the creation of new policies and inspiring a new conversation between Village planners and the investment community. Under consideration are secondary suites, garden suites, laneway housing, smaller residential lots for smaller houses, and more visible home-based businesses.

“Our goal is to increase the Village population from the present 700 or so, to 1,000 permanent residents,” Fields said. “That will help achieve important things like keeping the school open and enhancing pay for services and amenities.”

Recreational property owners contribute greatly to the economy of the Columbia Valley, and Fields would like to convert the seasonal visitors that Canal Flats attracts into longer-term or full-time residents. Broadband service options and the expansion and enhancement of community events support this aspiration.

Canal Flats is well into its transition, but there’s still hard work to be done to create a community that is self-sustaining, with a balance of recreational property owners and full-time residents.

“The past won’t be the future in Canal Flats,” Fields said. “We need to do the nitty-gritty, with hard work and creative thinking. We need to find ways to grow our population. The world is changing fast, and adaptability equals success.” 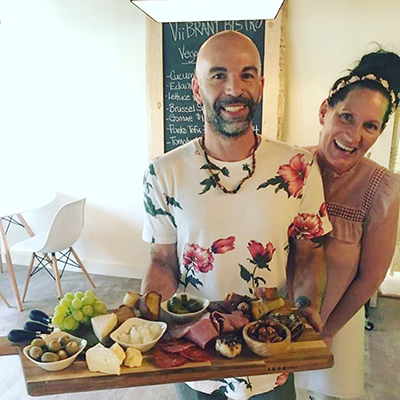