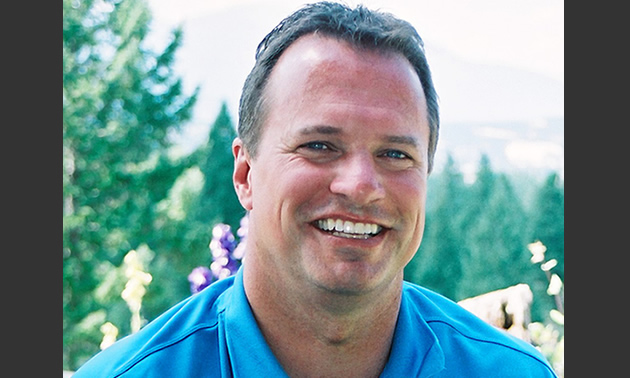 Mechanics come and go, but having a job you love can change many aspects of your life.

“I was working in the tune-up business before,” said Brian Schaal, the general manager and executive professional at Copper Point Golf Club in Invermere. “But I have a friend who golfs and I was always kind of jealous of his lifestyle—who he was meeting and what kinds of things he was doing—so I went to The San Diego Golf Academy to get a degree.”

Schaal has been working as a golf professional since 1991, and came to Copper Point Golf Club in 2004. Schaal enjoys the people he meets and he is involved in the community; often, he spends his spare time on the course too.

Copper Point has been highlighted in the community for participating in a variety of fundraising events. Last year, Schaal said, Copper Point helped the local food bank serve roughly 800 people Christmas dinner at an event called Feed the Town. The company also participates in fundraising events like Relay for Life, Turn Copper to Gold and a Lion’s Day. The organization has contributed to the Summit Youth Centre, the Alberta Adolescence Recovery Centre in Calgary, and the Hockey Canada Skills Academy. The Kelly Hrudey fundraiser set for August 15 and 16, 2012, is one of this year’s big events.

“We do a lot of charity events,” Schaal said. “At the Kelly Hrudey fundraiser, we’re going to have all kinds of celebrities there.”

Grew up in
Grande Prairie, Alberta
Family
Schaal is married with two children.
Downtime activities
Spending time with family, playing hockey, camping, golfing and fishing
Community involvement
Copper Point Golf Club is involved in a number of charity and fundraising events.
Must-reads
Sam Walton—Made in America; Andrew Wood—The Golf Marketing Bible; Mike Lipkin—Keeper of the Flame; Cohen—Just Ask Leadership; Brinkman—“Love Thy Customer"; Underwood—What’s Your Corporate IQ; Watson—Leadership Secrets of the Salvation Army
The year ahead
Copper Point wants to encourage more children to get into golf by providing special offers that allow children aged 12 and younger to golf for free with an adult.