Through rough times and smooth, Sparwood’s chamber of commerce and its business community are mutually supportive 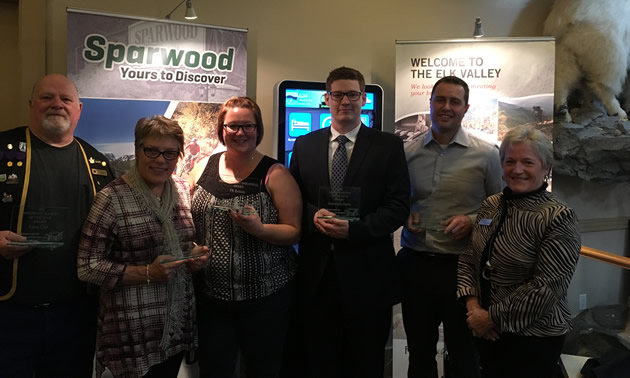 There’s nothing like an economic downturn to show you who your friends are. In Sparwood, a community dependent almost exclusively on the market for metallurgical coal, it has been proven once again that this shared dependency has produced a strong and resilient core of support in the combined business and general community.

An ongoing decline in the demand for metallurgical coal in recent years resulted in loss of work for contractors who service the mining industry in the Elk Valley. However, this year that demand has increased, jobs are available and the economy has stabilized, at least locally.

Norma McDougall, manager of the Sparwood & District Chamber of Commerce, said that fluctuations in the economy are a fact of life in the resource sector. She added that through the lean times the chamber’s board, the local business community and District of Sparwood administration remained positive and supportive.

“We did have a downturn in our economy with the lower price of coal, but we never lost the support of local businesses,” McDougall said. “Our local membership numbers have remained strong and our networking events are always well attended.”

Sparwood’s chamber has perhaps a narrower focus than a chamber in a larger centre has in terms of business diversity, because most of the businesses in Sparwood are involved in mining support. On the other hand, that narrower focus may be more intense and more knowledgeable, given the small size of the community.

Besides supporting the local business community, the Sparwood chamber of commerce runs the visitor centre, is active in economic development for the community and represents Sparwood tourism.

In support of tourism, the Sparwood chamber uses some new technology purchased with grant money from Destination British Columbia and Kootenay Rockies Tourism. One free-standing iTouch kiosk has been installed at the visitor centre and another one is moved among several locations including the Mountain Shadows Campground and the Sparwood Recreation & Leisure Centre. The kiosk also appears at special events.

“The iTouch kiosks list our chamber members, places to eat, places to sleep, weather and highway conditions and information about Sparwood and our amenities,” McDougall said. “They are very popular and well used, and we were able to acquire them entirely through grants.”

In alignment with the policy of the Elk Valley Economic Initiative, McDougall would like to see the whole Elk Valley use this type of kiosk to share information and support all of the communities. Kootenay Rockies Tourism, a long-time supporter of the chamber,  encourages that multi-community focus.

McDougall is looking forward to attending and speaking at Destination BC’s visitor centre conference in Richmond in early November. The chamber board believes as McDougall does that she and her assistant, Bev MacNaughton, can gain valuable insights and make some excellent connections at this and other educational  events.

The chamber of commerce is gearing up to hold its Community Christmas party and Seniors Night—a Christmas lights tour followed by a party—and the Light Up a Child’s Life campaign during the whole month of December, supporting the Food Bank and Toys for Tots to the tune of $3,000 to $4,000.

In the new year, McDougall will be grooming her replacement in preparation for her retirement in April.