Oversight board recommends less clearcutting in the Kootenays

Tree planting in the Kootenays should also include more diverse species 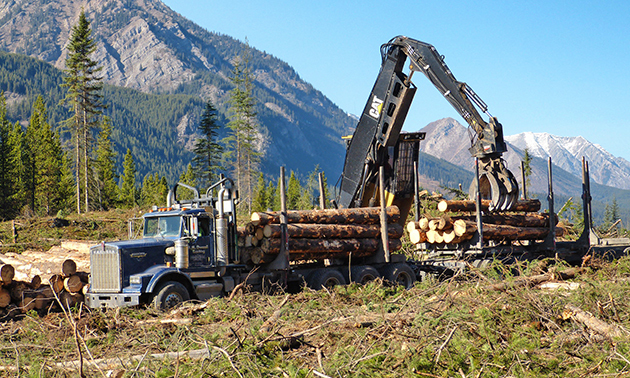 A forestry oversight board recommends less clearcutting and more replanting with a greater diversity of species for the Douglas-fir forests in the Interior of British Columbia.

The Forest Practices Board undertook a special investigation of Interior Douglas-fir (IDF) forests and released its report September 17, 2020. Investigators are concerned about the health of IDF forests, which occur in southern British Columbia and cover about five per cent of the province, stretching from the Kootenays through the Thompson-Okanagan and north to the Cariboo.

Here’s the nut of the report: these are dry forests that need to be managed differently than forests in wetter regions. For example:

“There is an over-reliance on clearcutting as a silviculture system, which is not appropriate for drybelt-fir stands, as young trees do not regenerate well without the shade and shelter of overstory trees,” stated the report.

Not only should the forest industry reconsider its logging practices in the IDF but also the species mix used for replanting cutblocks. Fortunately, the trend is moving away from replanting with monocultures of lodgepole pine. Over the study period (2007–2019), investigators found that more mixed species stands are being planted, which creates healthy, more resilient forests.

On another positive note, the investigators said that most forestry companies are meeting their legal requirements under the Forest and Range Practices Act for reforestation. But that might not be enough, given what investigators found on the ground:

“However, over 60 percent of the cutblocks examined were in poor and marginal condition and licensees may not be creating/regenerating resilient stands, which may have negative implications for future timber and nontimber values.

As the report noted: “Of primary concern to investigators were the 37 of 69 cutblocks field sampled, where stocking just met or did not meet minimum requirements due to seedling mortality caused by frost, drought, grass competition, cattle, wildlife and other pests and diseases.”

“While we found that industry is following legal requirements and is increasingly planting a variety of tree species to regenerate logged areas and promote resiliency, 44 of the 69 sites examined are facing health issues,” said Kevin Kriese, board chair, Forest Practices Board. “These sites may not grow to healthy forests in the long term, and that has implications for future timber supply and other values, such as wildlife habitat.”

One of the Forest Practices Board’s recommendations is that the Ministry of Forests, Lands, Natural Resource Operations and Rural Development (FLNRORD) should update reforestation standards, using a combination of legally required direction and best management practices (guidance).

The future of Interior Douglas-fir forests

The demand for timber from our Douglas-fir forests is increasing for two reasons: logging of beetle-killed pine forests is almost complete; and there was extensive damage in these forests in the 2017 wildfires.

The drier conditions that are projected with climate change is another factor that cannot be ignored. Three conclusions from the report are:

The report Reforestation in the Interior Douglas-fir Subzone: Are Reforestation Choices Meeting Objectives? can be found here. Field research was conducted in the Cariboo and Thompson-Okanagan natural resource regions in areas logged between 2007 and 2017.