B.C.’s Forest Basket—these forests are OURS

Informed citizens make a difference with voice and action 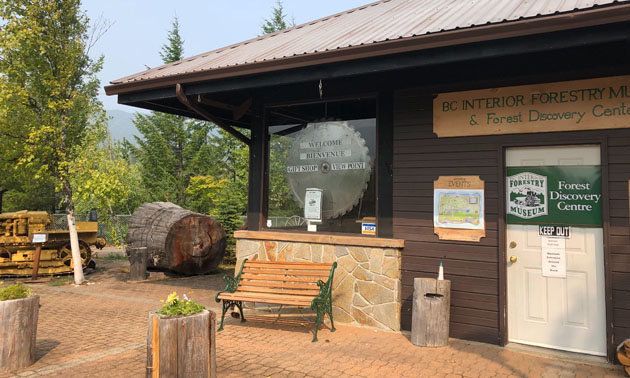 Informed and involved citizens are critical players to help keep British Columbia’s forests—the people’s forests—sustainable for many different uses. This begs the question: who has the social licence to manage our forests?

Private citizens and Indigenous communities in B.C. are demanding a stronger voice and more local control over our forests. And rightfully so, as over 95 per cent of B.C. is Crown land, owned by the people. Here are three recent examples of citizens’ actions:

Citizens standing up for their forests can make a difference. More than ever, informed dialogues are needed.

To further education and awareness about our forests, the BC Interior Forestry Museum in Revelstoke recently created a five-part series called “These Forests Are Ours.” Glenn Westrup, director of the museum, along with Gary Xie, created the podcast series.

The past, the present and the future of the forest industry are covered in these entertaining podcasts. The five podcasts feature interviews with outstanding professionals in forestry, most with decades of experience and many of them now retired.

The underlying theme of the series is that our forests can be managed sustainably to take care of the forest ecosystem as well as our human socioeconomic systems.

The host of the series was Gary Xie, a summer work student from Surrey, Ontario, who couldn’t make it out to B.C. because of the pandemic. But from his home in Surrey, Ontario, he updated the museum’s website and hosted the podcasts.

Started in 1999, the museum is now open with appropriate protocols in place for everyone’s safety during the pandemic.

“These Forests Are Ours”

Here are highlights from the podcast series produced by the BC Interior Forestry Museum. The podcasts range from 20 to 37 minutes each.

No. 1: Forestry and You with Brian Sumner & Barb Wadey

Brian Sumner and Barb Wadey provide an appropriate beginning to the podcast series with a big-picture perspective of forests as bellwethers of our planet. Both of them currently serve on the museum’s board of directors.

No. 2: Forestry Stories with Al McInnes

This podcast is certainly the most entertaining. Al McInnes relates some funny and scary stories from the old days of forestry, when 24-inch-wide lumber had no knots. His past included a time when his sleeping bag froze to the wall of a camp building, when he drove a logging truck with no brakes, when a choker mishap almost ended in disaster and when he woke up at 1 a.m. to plow the roads open for the loggers. He ends with this: “When old-growth is gone, part of nature is gone.”

No. 3: Business-Oriented Approaches with Jim Shepherd

Jim Shepherd has a long and diverse history in the forest industry, including serving as manager for several major forestry companies. He stresses the importance of the sustainability of B.C.’s forests as they are so important as the forest basket for Canada and world markets such as the U.S. and China.

No. 4: Local Government and Forestry with David Raven

David Raven is a retired forester and former mayor of Revelstoke. He contrasts the timeframe for local politics (in a few years) to that for our forests (in centuries). Raven stresses that a balanced economy is more stable, for example, Revelstoke’s three major industries are forestry, the railroad and tourism.

No. 5: Community-Led Approaches with Mike Copperthwaite

This final podcast could have been called “Make your forest work for you.” The general manager of the Revelstoke Community Forest (RCF) Corporation, Mike Copperthwaite explains the tremendous benefits of a community forest, along with its history and goals. The RCF provides local employment, recreational opportunities and, through its legacy fund, millions of dollars to local capital projects such as the wood-heated biomass plant and the splash park.