Is the new anti-spam legislation going to create a fear factor? 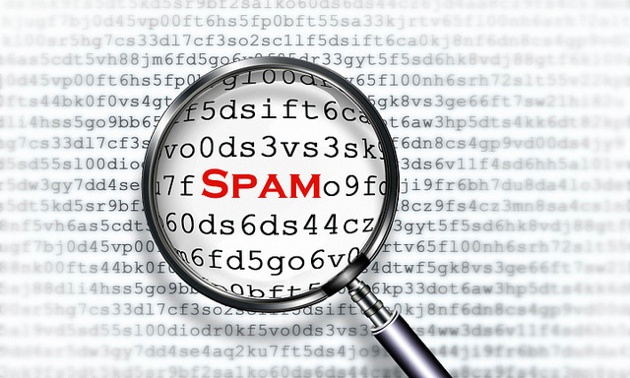 I have always defined an entrepreneur as a person who manages risk. Merriam-Webster’s definition is “one who organizes, manages, and assumes the risks of a business or enterprise.” I can remember when it was very satisfying, even fun, to accomplish this. However, our world has become more complicated and now the risks sometimes seem overwhelming. For example, with the challenge of controlling technology’s wide variety of communication tools, it appears a huge risk to many small and medium sized businesses has evolved.

I was reading the first issue of CPABC Industry Update, an online magazine. In my previous column a few months back I explained the amalgamation process in Canada of chartered accountants, certified general accountants and certified management accountants and this is one of the resulting publications of the new association called Chartered Professional Accountants (CPAs).

The article was entitled: Are you prepared for Canada’s new anti-spam law? by Chris Bennett. Bennett is the head of the Technology and Intellectual Property Law departments at Davis LLP.

The introduction was somewhat scary and I quote: “While the Canadian federal government’s anti-spam legislation is not yet in force, many businesses are starting to prepare for compliance. The law is broad; it applies to any electronic message that is sent, routed, or retrieved using a computer system in Canada, and the penalties for non-compliance are steep. Virtually every person and business in Canada will be affected and need to rethink how they send emails, voicemails and other telecommunications.”

As I read on scary almost turns into panic: “The Canadian legislation prohibits any person from sending (or causing or permitting to be sent) a commercial electronic message unless the recipient expressly or implicitly consents to receiving the message. That’s going to be a tough rule to follow, especially since very few people actually respond to requests for consent, particularly requests sent by email.”

Mr. Bennett in his article gives seven warnings with headings in red. I am including three of them and leaving them in red:

The definition of “commercial electronic message” is very broad and includes any message sent by telecommunications (including email, text messages, voicemail, social media communications, etc.) if the purpose of that message is to encourage participation in a commercial activity.

Commercial electronic messages cannot be sent without the recipient’s consent.

The maximum penalty for a violation of the legislation is $1,000,000 for an individual and $10,000,000 for a corporation or other business entity. These fines are imposed per violation, and a violation is defined as being separate for each day that it continues.

As I have mentioned in my columns before, we are members of the Canadian Federation of Independent Business (CFIB) and they have already made three submissions regarding the Anti-Spam bill (C-28). The Federation explains to members that: “The goal of the legislation is to minimize ‘spam telecommunications.’ CFIB supports this goal, but we also know that many small businesses such as realtors, financial consultants and lawyers use positive referrals to grow their businesses. This is traditional word-of-mouth advertising. Unfortunately, the anti-spam law places undue burdens on such referrals, which effectively eliminates them as a legitimate business tool.”

CFIB further explains: “CFIB recognizes that the government does not want to impose huge fines on every unsolicited email. There is still a fear on behalf of the public at large that this might be the case. More importantly, this fear might give pause to a company trying to expand its business.”

It would be a shame if fear of government intervention in this and other social issues becomes such a risk for business that the definition of an entrepreneur has to be changed to include the fear factor. The definition would then have to read “one who organizes, manages, and with fear assumes the risks of a business or enterprise.”

—Lou Rogers is a CPA, CA and chair of Koocanusa Publications Inc.