Preview of BC Mining Week 2014

BC Mining Week will take place from May 11 to 17 and will involve great events happening across the province. 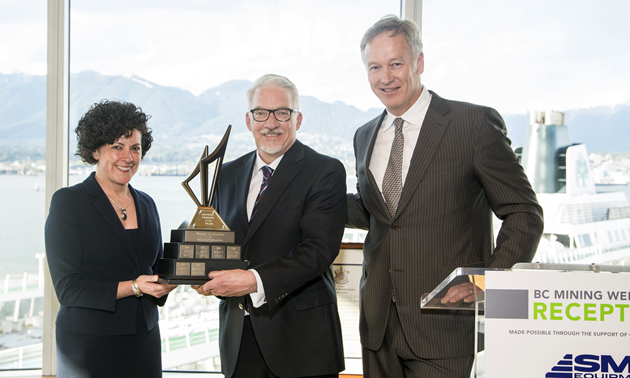 1 of 2Pierre Lebel (centre) receives the Mining Person of the Year award for 2012. — photo courtesy of Flora Gordon Design + Imagery 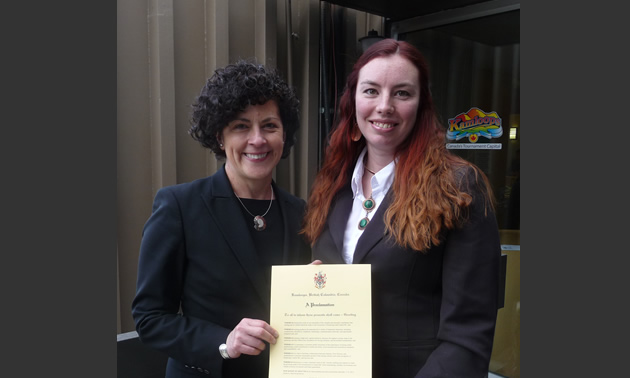 BC Mining Week 2014 is just around the corner and the Mining Association of BC (MABC) is busier than ever planning mining-related events.

This year, BC Mining Week will take place from May 11 to 17, with events taking place in communities across the province. Every year BC Mining Week is declared by the Legislature of British Columbia.

Cailey Murphy is the director of communications and external affairs for MABC and is also chair of the Mining Week committee. She said this year the Canadian Institute of Mining, Metallurgy and Petroleum (CIM) will be meeting in Vancouver.

"This year is very special because CIM is holding their annual convention biannually now in Vancouver," said Murphy. "They will kick off their conference on May 11, which is also the kick off to Mining Week. There is also a host of additional showcase events we do every year, which include the Women in Mining reception, the Vancouver Board of Trade luncheon with Karina Briño, president and CEO of MABC, as the keynote speaker. And PricewaterhouseCoopers will hold a media conference to release the B.C. Mining Industry Survey report covering the financial performance and economic impact of B.C.’s mining sector for 2013."

As always, the Teck Celebrity Pie Throw will raise money for the Mining for Miracles campaign in support of BC Children’s Hospital, the B.C. mining industry's charity of choice for 25 years. Hosted by Global TV’s Wayne Cox and attended by notable individuals from B.C.’s mining industry, the pie throw has become a campaign favorite. This popular event throws the world’s most expensive cream pies in the faces of mining industry leaders, all in support of B.C.’s sick and injured kids. This event takes place at the Vancouver Art Gallery on May 15.

"Britannia Family Fun Day will also be happening again this year, just prior to mining week on May 10," said Murphy. "Also on May 12, when we kick off Mining Week, we have our Mining Person of the Year award reception where we recognize an outstanding individual who has shown leadership in advancing and promoting the mining industry from, or within, British Columbia during the previous year."

MABC also hosts a series of community events throughout the province. It is working with community partners right now to set venues and dates for these events.

"BC Mining Week is really a great opportunity to showcase the fact that our industry really is province-wide," said Murphy. "We celebrate in metro Vancouver and in all the communities across the province where we have operations nearby. It's an opportunity for British Columbians to come together and demonstrate their commitment to the industry and celebrate the contributions from mining in their own communities."