Parastone’s Montane community: Come on in 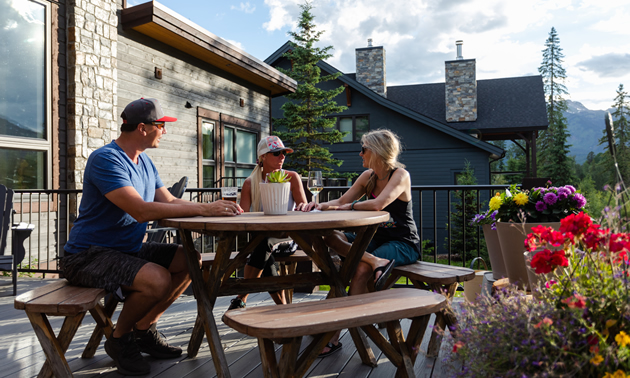 In naming their company Parastone Developments Ltd., owners Simon Howse and Jason Smith have included a nod to their roots. The two are from Parramatta, situated on the Parramatta River in New South Wales, Australia.

“We’re on the Elk River here in Fernie, and Parramatta is Australian Aboriginal for ‘head of waters,’ so ‘para’ is a good first syllable,” said Howse. “We’re also in the mountains, and stone is a solid foundation for construction, so Parastone is a good name for our company.”

Howse and Smith have built a number of developments that have turned into successful communities—ones that are lived in year-round or nearly year-round by the majority of their residents.

“At 901 Fernie we took an entire city block that was a downtown eyesore and turned it into an icon for Fernie,” said Howse. “With Veneto, we took a vacant piece of property against the tracks and turned it into 45 affordable homes with both home ownership and home rental opportunities.”

Howse said that when people invest in a Montane building lot, they’re buying far more than a site where they can build shelter and storage. Montane is the only masterplan community in Fernie, and it already offers some exceptional recreational, educational, community-sustaining amenities.

Site owners at Montane may pick from a list of five preferred builders to construct their homes, ensuring a high degree of quality and an esthetic that meets the standards of Parastone’s Design Review Committee. The homes are built and finished with natural materials, featuring wood, stone and glass, and all have dramatic views of the Rocky Mountains surrounding Fernie.

“As a comprehensive development,” said Steven Szelei, Parastone’s sales and marketing manager, “Montane includes over 600 acres (243 hectares) of land, with 70 per cent preserved for greenspace and recreational access. The masterplan vision of Montane is guided by the site’s physical and recreational connections to Fernie’s historic core and a commitment to direct economic, social and environment conscious investment.”

An all-season trail system at your doorstep

Spend 15 minutes in Montane and you’ll catch frequent glimpses of people on their trail bikes, heading into the extensive trail system that has been developed by Parastone and several partners on the lands that lie immediately above Montane.

“An addition that’s been one of our biggest successes to date is the trail network,” said Howse. “This was to be a masterplan golf course, but we sidestepped that and turned it into a recreational amenity including Montane farm and the trail network. The trails here are now the most popular in the entire valley. We partnered with Columbia Basin Trust, the Fernie Trails Alliance, the Fernie Mountain Bike Club and the Fernie Trails and Ski Touring Club to build this inclusive trail project.”

“One of the highlights of that trail network in Montane is the adaptive trail network, which we’re constantly investing in,” said Szelei. “This is of special interest to families with children and to anyone using a wheelchair or any sort of assistive mechanism. This network provides the trails and spectacular views that everyone should be privy to.”

Summer trail maintenance and wintertime grooming of the popular cross-country ski trails are managed by Parastone and its partners.

“In addition to the cross-country skiing,” Szelei said, “there’s also fat biking, which is exploding in the valley. The ski shops are doing very well with fat bikes. I would argue that we have a more extensive, better maintained trail network here than they do in Revelstoke.”

Let’s talk about the farm

Just a couple of minutes from the Montane residential area, and visible from there, the weathered barn that’s home to the Fernie Therapeutic Horse and Pony Club sits on Parastone-owned land. Beside it is a new enclosure for chickens, and there are plans to create a community garden and allotments, and to add more farm creatures to the mix—perhaps pigs, goats, ducks and/or geese.

The 29 Rhode Island Red hens in residence are expected to start laying eggs in September—their roosts and nesting boxes are inside a structure that has been dubbed the Chicken Hilton. The eggs and produce from the future community garden will be available first to Montane residents and then to the greater community of Fernie.

At the farm, Montane residents have an unusual opportunity to learn about food sources and to have a hands-on role in food production. While having fun, children, especially, will benefit from the educational aspects of the farm. Residents are welcome to engage in as much or as little of the farm activity as they like.

Teamwork and a dream

“Development is easy to do,” Howse said. “But it’s hard to do really well. Our success has been achieved by adding professionals to our team who add a lot of value, based on their education and  ideology, their passion and their commitment to the community. That ideology and passion and commitment are driven by the owners.” 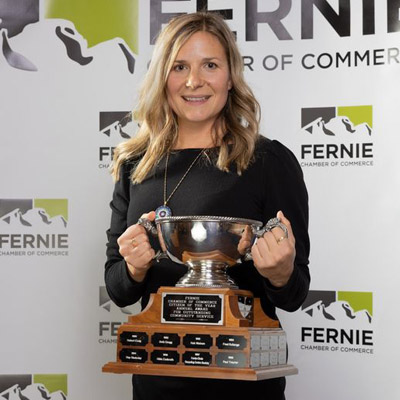