The funding is part of B.C. on the Move, the government’s 10-year transportation plan. 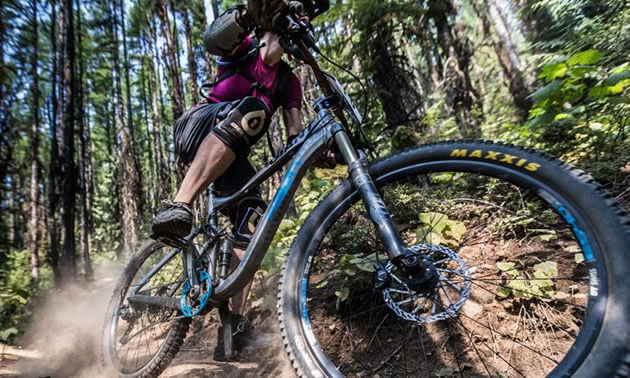 Funding for projects is made available through BikeBC, the Province’s cost-sharing program that helps communities build cycling projects that attract and support commuter and tourism cyclists. — Photo courtesy Tourism Rossland

Three communities in the Kootenays will receive $482,000 in BikeBC funding for infrastructure projects to expand and build cycling lanes, and trails and paths for cyclists and pedestrians, announced Minister of Transportation and Infrastructure Todd Stone.

“Local governments in every region of the province recognize the importance of providing residents and visitors more opportunities to cycle for commuting, recreation and tourism,” said Stone. “I’m pleased that we’re able to provide funding through our BikeBC program for new projects in Rossland, Castlegar and South Slocan.”

The three projects receiving funding are:

These are the first three projects receiving BikeBC funding this year. More projects will be announced in the coming weeks.

BikeBC is the Province’s cost-sharing program that helps communities build cycling projects that attract and support commuter and tourism cyclists. The funding is part of B.C. on the Move, the government’s 10-year transportation plan. The ministry committed to $18 million over three years to cost-share with municipalities on projects like bike trails, pedestrian bridges, multi-use paths and shoulder bikeways.

Since 2001, the Government of B.C. has invested more than $220 million in cycling grants and infrastructure throughout the province.

Through B.C. on the Move, the Ministry of Transportation and Infrastructure will invest almost $2.7 billion over the next three years to improve British Columbia’s transportation network.