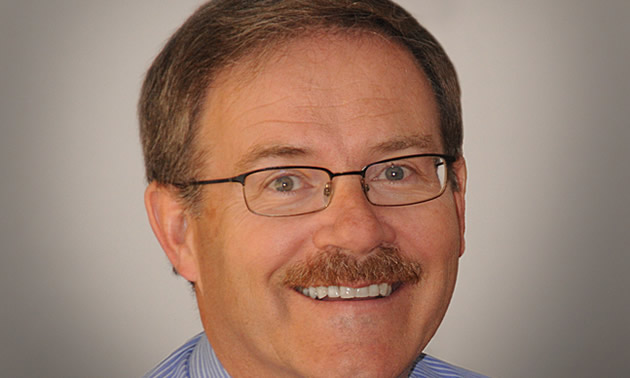 No matter how you spin it—the last issue of the print version of Kootenay Business magazine will be our September/October edition. With my retirement after 42 years from the local publishing scene, the decision has been made by the remaining shareholders of Koocanusa Publications to abandon the print edition of the magazine. Kootenay Business was one of the longest published magazines in the region, first appearing in the fall of 1985 in conjunction with the Federal Development Bank’s newly minted Small Business Week celebrations.

The reach and readership of Kootenay Business magazine cannot be underestimated. I spent a lot of time visiting offices and businesses throughout the East and West Kootenay over the years, and in most cases you would be hard pressed not to find a copy of the magazine sitting on the corner of someone’s desk. In fact, I was at the barbershop the other day when my barber, who is an avid lake fisherman, especially on Kootenay Lake, reached into a drawer. He pulled out a May/June 2004 edition of Kootenay Business featuring a cover story on “The Captain”—Dick Smith, builder of tugboat-like ships in Kaslo.

For almost 35 years Kootenay Business magazine has recorded and documented pertinent business news and developments throughout the region. The magazine also initiated a number of business recognition programs that proved popular with readers and business people. Some of these included our annual Best of Business awards (see this issue), the Best Places to Eat and Drink awards, Top 40 Under 40, Influential Women in Business, Kootenay Manufacturing Awards, Top 50 Businesses in the Kootenays by revenue, Top Employers by employee numbers, and Top 10 Business People of the Year.

The decision to drop the print edition of Kootenay Business has also been coupled with the discontinuation of the other print magazines Koocanusa Publications produced including RVwest, SnoRiders, RidersWest and Canadian Mining & Energy. The only print publications that will continue are the East and West Kootenay editions of the BetterBook phone directories. Unfortunately, this has resulted in a radical downsizing and restructuring of Koocanusa Publications, as the company moves to primarily a digital platform. This has resulted in more than a dozen people (mostly long-term employees) being laid off or leaving the company.

Reflecting back, I remember when one of my fellow employees back in 1984-85 showed me a copy of a magazine called the Business Examiner from Victoria. It spurred me into thinking that the Kootenay Advertiser should be publishing a regional business magazine as well. On a side trip during a summer vacation to Victoria, I visited the offices of the Business Examiner, which reinforced the idea. Thus was born Kootenay Business magazine.

As I step into retirement, unfortunately in an ambivalent way—it hurts, it’s painful, it’s sad but it’s reality—the publication I fostered, cajoled and contributed to for over 30 years is gone, deemed unsustainable. Paper is now being replaced with pixels.

All good-bye messages tend to wallow in a long list of gratitude and thanks —and I don’t want to go there—other than saying it’s been a blast and an honour to head Kootenay Business, one of the region’s best read and most respected publications for over 30 years. I do tip my hat to all who have contributed to the success of the magazine over the years—editors, writers, proofreaders, designers, photographers, sales and accounting staff, and most importantly, our advertisers. Hundreds of businesses throughout the region opted to invest their hard-earned dollars into Kootenay Business magazine, and I am eternally grateful for their confidence.

I wish the remaining shareholders at Koocanusa Publications success in their digital-only vision and venture. In many ways I’ll miss the ride—in many other ways I know it’s time to say adios.

Keith Powell, president and publisher of Koocanusa Publications, retired at the end of September, 2019. This is his last daily BizBlog post.