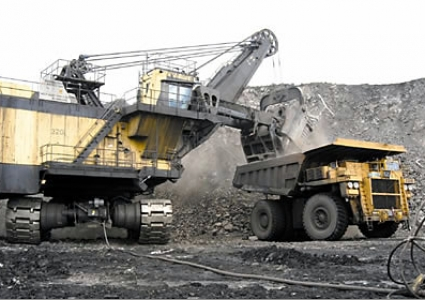 March 15, 2012, marked a special anniversary for the more than 1,200 employees at Teck’s Fording River Operations near Elkford, B.C. It was 40 years ago—March 15, 1972—that the first rail car loaded with coal left Fording River and headed west for Vancouver ports.

“This is a real milestone for everyone here at Fording River,” said Richard Tremblay, general manager, Fording River Operations. “I have seen a lot of changes in the mining business over the years, but what has remained consistent is our employees’ commitment to responsible mining and giving back to their community.”

The first record of coal in the Elk Valley dates back to 1884, and when the railway was completed in 1885, industry began to develop. Many small underground mines were constructed, and the communities of Michel, Natal, Fernie, Corbin and Hosmer were born. Eventually, with progress and technical innovations, underground operations gave way to the open-pit mines we see today.

Built in 1969, Fording River is located 29 kilometres northeast of Elkford and is the largest of Teck’s five coal mines in the Elk Valley. Most of the employees who work at Fording River live locally in Elkford, Sparwood, Fernie or the Crowsnest Pass.

Fording River produces primarily high-quality steelmaking coal for the global steel industry, and proven and probable reserves are projected to support mining at current production rates for more than 30 years. Teck’s five Elk Valley coal operations are an important contributor to the economies of B.C. and Canada, employing more than 3,300 people and contributing approximately $2 billion to GDP in 2010. Teck also gives back to communities near its operations, including the recent donation of $1 million towards the new Elkford Community Centre.

“We look forward to many more years of contributing to the local economy and to being a part of the communities where our employees live and work,” said Tremblay.