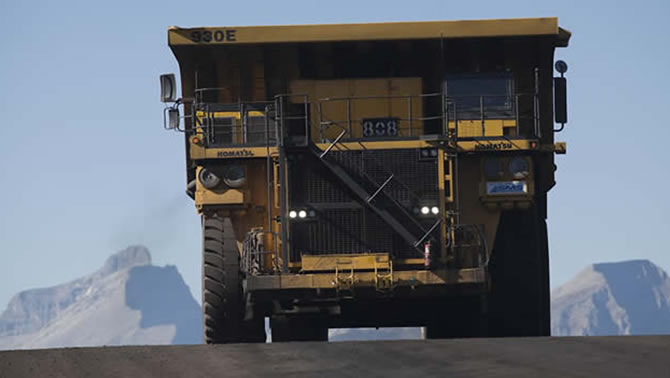 Mining will be concluded at Coal Mountain Operation’s by the end of fourth quarter of 2017. — Photo courtesy Teck Coal

Teck’s Coal Mountain operation is located 30 kilometres southeast of Sparwood in southeastern British Columbia.  Mining will be concluded at Coal Mountain Operation’s by the end of fourth quarter of 2017.

Coal mined at Coal Mountain is used to produce steel. The current annual production capacities of the mine and preparation plant are approximately 2.7 and 3.5 million tonnes of clean coal, respectively.

A feasibility study on Coal Mountain Phase 2 was completed in 2014. This project was in the permitting phase; however Teck is suspending their application for Phase 2 approval.

In response to persistent low commodity prices, Teck is implementing additional measures to reduce costs and conserve capital, said the company in a media release.

“We are implementing these additional measures to conserve capital, lower our operating costs and maintain financial flexibility in light of very difficult market conditions,” said Don Lindsay, President and CEO. “These steps build on our ongoing cost reduction program and I want to thank all employees for their efforts to improve efficiency and productivity, while remaining keenly focused on safety and sustainability.”

The suspension of CMO Phase 2 means that mining will conclude at the existing Coal Mountain Operations in the fourth quarter of 2017. Teck will identify options between now and the end of 2017 to potentially replace the 2.25 million tonnes of annual coal production that were planned from CMO Phase 2 by optimizing production from its five other steelmaking coal mines.

In the 2014 their Coal Mountain Phase 2 Environmental Assessment application Teck stated, “Coal Mountain Operations directly supports a workforce of about 340 employees and contributes substantially to the local economies in the Elk Valley and the East Kootenays, especially Sparwood, Elkford, Crowsnest Pass, and Fernie.”