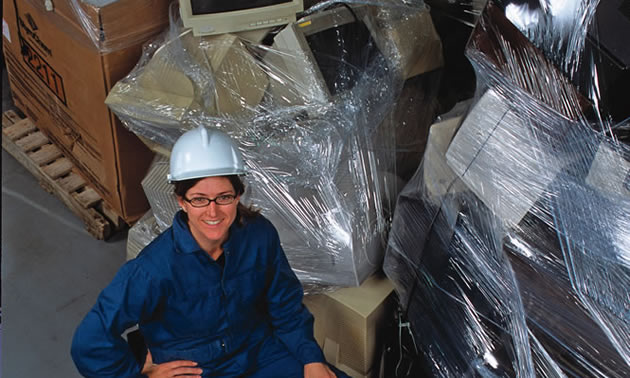 Christa Ford, a senior chemist at Teck Trail Operations, stands beside e-waste that will be recycled.

In the recently released Teck Sustainability Report several green initiatives stand out for the resource company including a dramatic increase by Teck in hazardous waste recycling and a decline of greenhouse gas emissions which were down some 3%.

“These performance improvements show how our focus on sustainability can drive us to innovate and find solutions that contribute to both business and sustainability performance,” Teck Resources CEO Donald Lindsay stated in the report.

The sustainability report also showed the frequency of reported workplace injuries fell 5.6%, while days lost to injury were reduced by 26% compared with the year before.