Tickets for the Dr. Leroy Little Bear's April 4 event are on sale now at the Civic Theatre in Nelson. 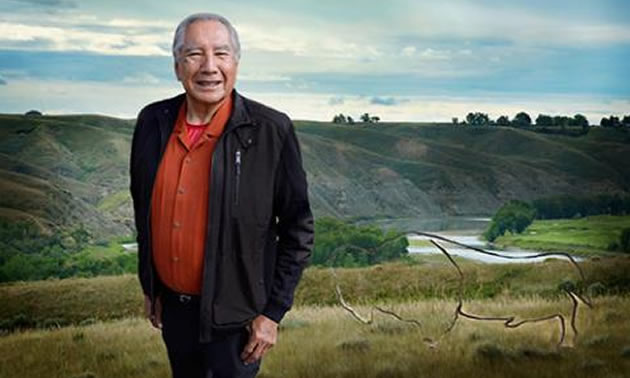 From a residential school on the Blood Reserve in Southern Alberta to the founding director of Harvard University’s Native American Program, Dr. Leroy Little Bear is recognized as one of the continent’s leaders in the advancement and acceptance of Indigenous worldview in education.

Hailing from the Blood Tribe in southern Alberta, he grew up suffused in Blackfoot songs, stories and landscape. At the age of ten, Dr. Little Bear attended a residential school on his reserve and soon became aware of the colonialization aspects of his schooling.

His early school experiences left a deep impression on him and influenced his path which took him to Harvard, the University of Lethbridge, University of New Mexico, many other post-secondary institutions and the United Nations.

As part of Selkirk College’s Reconciliation Speaker Series, the eminent scholar and professor emeritus will be in Nelson on April 4. Dr. Little Bear will speak on Indigenous worldview in education and share visions of reconciliation at the Civic Theatre.

Dr. Little Bear formed a relationship with the President of the University of Lethbridge during his undergraduate degree in the early-1970s. The university’s president, Sam Smith, wanted to connect to the large Indigenous community in and around the Lethbridge area and asked Dr. Little Bear how to do this.

Outreach the Key to Engagement

The story told is that Dr. Little Bear responded with: “Why don’t you go and ask them?” This led to an outreach project with local Indigenous communities in Lethbridge and also at the University of New Mexico that helped to form one of the first Native American Studies programs in Canada – starting Dr. Little Bear’s path as a distinguished scholar.

Dr. Little Bear attended law school at the University of Utah before returning to the University of Lethbridge to head up the Native American Studies program. Throughout his lifetime of educational service Dr. Little Bear has developed and advanced many opportunities to bring Indigenous worldview into the curriculum of several post-secondary institutions. From January 1998 to June 1999 he served as Director of the Harvard University Native American Program.

Beyond his vast academic contributions, Dr. Little Bear is a much sought-after consultant and advisor on contemporary issues of land claims, hunting and fishing rights, human rights and reconciliation efforts. When the Truth and Reconciliation Commission of Canada concluded its work on the impacts of the Canadian Residential School system in 2015, the Commission published 94 calls to action. A number of the calls to action related specifically to post-secondary education in Canada.

Dr. Little Bear currently holds the Distinguished Niitsitapi Scholar position at the University of Lethbridge, playing a key role in the university’s continued commitment to the Truth and Reconciliation calls to action in addition to leading national and international conversation about truth and reconciliation.

Learn more about Aboriginal Services at Selkirk College and join us on Facebook.