The SUMMIT program is a launching point for top hospitality talent. 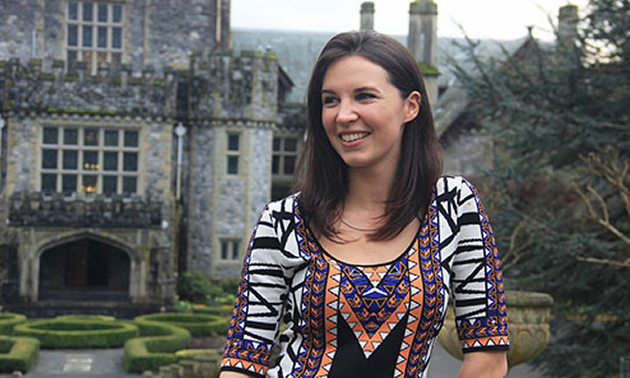 Kiraya Spencer has landed a sought after position in the Fairmont SUMMIT Leadership Program where she has the opportunity to further her career in the hospitality industry with the renowned hotel group. — Photo courtesy Selkirk College

A desire to travel, meet people and discover new experiences drew Kiraya Spencer to the dynamic hospitality industry. With a strong start at Selkirk College, the young professional continues to thrive while traveling the world seeking out knowledge elevating her abilities. Fairmont Hotels & Resorts has now selected Spencer to its respected SUMMIT Leadership Program, an exciting next step for the West Kootenay native recognized as a strong leader of tomorrow.0

In the two years since graduating from the Resort & Hotel Management Program (RHOT) at Selkirk College, Nelson native Kiraya Spencer has continued the pursuit of excellence in her field and recently landed a coveted spot in the prestigious Fairmont SUMMIT Leadership Program.

The SUMMIT program is a launching point for top hospitality talent. Fairmont takes a select few eager professionals and mentors them into leadership roles by providing meaningful and challenging experiences in the industry. After a rigorous screening process, 23-year-old Spencer was selected as a housekeeping supervisor at the Fairmont Banff Springs, her first location of choice.

“I know it will be a steep learning curve being the housekeeping supervisor in a hotel that has 760 rooms, but I feel that each individual I interviewed with believed I could do the job so I am excited for the challenge and personal growth opportunity,” Spencer says.

After nine months in this position, Spencer will work as a front desk supervisor for an additional nine months. It is possible to be in the SUMMIT program for an entire career as Fairmont continues to provide its people with opportunities for advancement.

“This encourages and supports continued growth and development, which is the greatest intrinsic reward I could ask for,” says Spencer.

Spencer got her start in Selkirk College’s RHOT Program which attracted her straight out of high school. The L.V. Rogers Secondary graduate’s interest was piqued by the thought of planning events and summits from an international crowd. She found the Selkirk College program well developed, providing a good mix of theory and practical application “which facilitates a deeper level of learning.”

Wendy Anderson—instructor and program coordinator with the School of Hospitality & Tourism—is proud to see her student go on to achieve such a respected posting with the renowned Fairmont hotel group.

“Kiraya was a student that you could tell as soon as she joined the class wanted to experience as much as possible,” says Anderson. “She took on leadership roles within the class whenever possible and embraced opportunities. I am confident that Kiraya will be a great industry leader.”

For the work term between her first and second year at Selkirk College, Spencer was hired on as a front desk agent at the Sonora Resort, a five-star all-inclusive resort on its own island a 45-minute helicopter ride north of Vancouver. Though she was new to the field of hospitality, she had the Selkirk College name on her resume and a captivating personality to help her secure the job.

“At the time, I had no hotel experience,” she says. “But Selkirk College has a good reputation and industry connections, which is why my application was noticed.

“I was very lucky to have secured such a strong internship and owe my success to the preparation I received during my first year at Selkirk—namely how to structure and personalize a resume in order to make it stand out, as well as the best way to follow up and make a good impression.”

Eager to travel and take in as much knowledge as she could, one month before she officially graduated from the RHOT Program, Spencer became an exchange student at Nagoya University of Foreign Studies in Japan. She completed the last of her schooling abroad while beginning a nine-month immersion in Japanese culture.

“I took full advantage of all the classes that were made available to me and gained insight into the rich Japanese culture. This experience made me aware of the different perspective of international guests and sensitive to cultural differences,” she says.

When Spencer returned from Japan, she got straight to work on her Bachelor of Arts Degree in International Hotel Management at Royal Roads University in Victoria. Never one to shy away from a learning opportunity, especially one abroad, Spencer decided to do her final semester at Royal Roads as an exchange student in Innsbruck, Austria. The experience piqued her interest in the possibility of pursuing her master’s degree in the field of hospitality.

“During my semester, I had visiting professors from every continent most of who were advancing tourism research. This was a unique opportunity and one that was very influential,” she says.

Spencer has learned that in pursuit of her passion, prospects arise through networking and relating well to others. Remaining open to what comes her way, while being true to her values, has helped her advance quickly.

“Selkirk opened my eyes to an industry that I had been exposed to my entire life, but did not realize I could make a profession,” she says. “New opportunities are often greater and more exciting than the best dreams you could have for yourself.”