Bears Furniture and Appliances is located at 612 Front Street in Nelson. 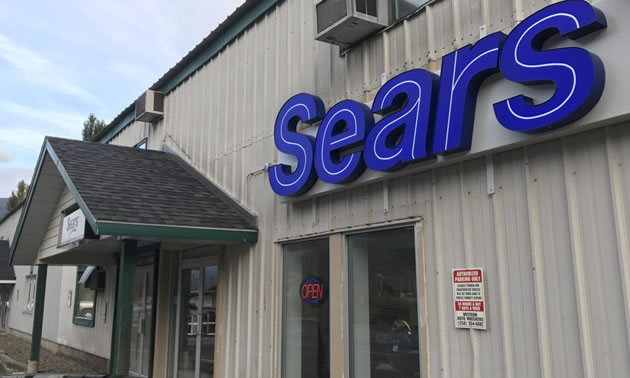 The former Sears store in Nelson is getting a new name, with a grand re-opening planned for February or March of 2018. — Photo courtesy MyKootenays

Give me a "B."  Long time businessman, Barry Marsh, the owner/operator of the former Sears Store in Nelson has announced that he is changing the "S" in Sears to a "B" as in Bears. His re-named appliance and furniture outlet will now be known as Bears Furniture and Appliances.

The store plans an official grand opening in the February/March 2018 timeframe.

Bears Furniture and Appliances will also operate under the BrandSource label and will offer a tremendous selection of brand name appliances, electronics and furniture to customers in the West Kootenay.

BrandSource forms a family of 4,500 owner-operated appliance, electronic, mattress and/or home furnishing stores that spreads all across North America. Over 145 of these owner-operated, people-oriented stores can be found in Canada, sharing their expertise and passion for beautiful home interiors, and offering you a personalized service based on your needs and expectations.

Bears Furniture and Appliances is located at 612 Front Street in Nelson.