The treehouse resort has been approved to be built in three phases, over the next 15 years. 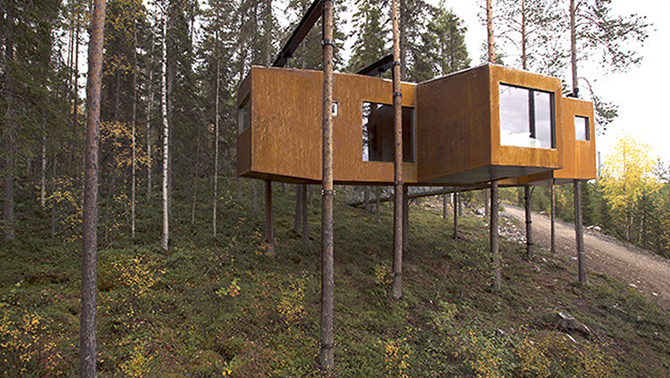 Revelstoke council has approved the 'treehouse hotel' development, but only in a revised development format over the next 15 years. — Photo courtesy revelstokemountaineer.com

Despite heavy opposition from Revelstoke Mountain Resort (RMR) or more specifically vocal in-person opposition from senior executives of the holding company Northland Properties — like president Tom Gaglardi, Graham Rennie, president of the resort, Rob Toor, senior lawyer and Peter Nielsen, VP of the resort — Revelstoke city council passed a motion to allow for the development of the so-called "treehouse hotel" adjacent to the resort in Revelstoke.

According to an article appearing in the Revelstoke Review, RMR executives called the proposed development, "parasitical" and "a betrayal of the foundational concept of the Master Plan."

President of Northland Properties, Tom Gaglardi spoke directly to the hearing stating that his company (which also owned the Sandman Hotel chain, Sutton Hotels and the Dallas Stars hockey team) has "spent $150 million on the resort to date and saved it from bankruptcy in 2008."  it would appear that Northland's biggest concern is that the unorthodox development will negatively impact their ability to further develop accommodation of their own and/or sell real estate around the resort.

Revelstoke council voted 5 to 2 in favour of the project, however in a revised development format, calling for the "treehouse" resort to be built in three phases over next 15 years. The ultimate plan calls for 25 accommodation "pods" on an 18-acre parcel which sits next door to the RMR resort development.

The "treehouse" hotel developers Shelley and David Evans told the newspaper, "We are complementary to the resort, we are not parasitical or competition."  Elsewhere in the Revelstoke Review, reporter Alex Cooper suggested the battle may not be over and that Northland Properties may be considering launching a lawsuit in opposition to the project. He wrote, "My big fear is that the whole thing winds up in court."

Only time will tell if and when guests in Revelstoke will have the option of lodging in the tree tops.