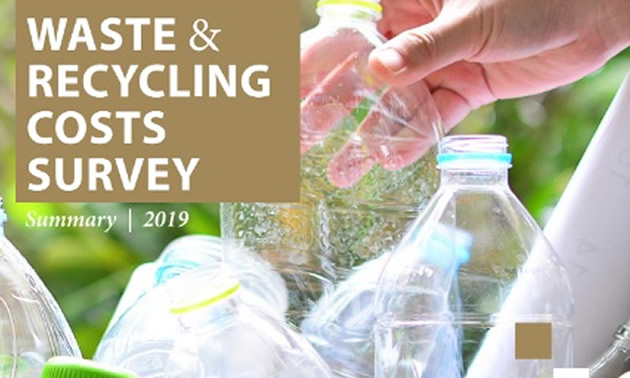 The results of the RDEK's second public survey regarding the issue of solid waste and recycling have been released. — Photo courtesy RDEK

The survey results are in on the RDEK’s second public survey connected to its ongoing Solid Waste Management Plan Review and it was another overwhelming response with over 1200 surveys filled out.

“While the intention of the first survey was to find out how people are using the current system and what ideas they may have that they’d like the RDEK to look into further, this follow-up survey was aimed at delving a little deeper into some of the areas identified in the first survey,” explains RDEK Environmental Services Manager Kevin Paterson.  “For example, in the first survey over 88% of respondents supported investigating the expansion of recycling, reuse and reduction programs in the region. In this survey, we asked how much more per year they would be willing to pay for these increased opportunities.”

Of the 1200+ responses, 62.6% were from rural residents and 37.4% were from municipal residents. Survey respondents indicated they were in favour of the RDEK setting waste reduction goals that move the region closer to reaching the Provincial waste generation goals.

The RDEK has prepared a summary of the survey results, which is available on the Solid Waste Management Plan (SWMP) Review project page at engage.rdek.bc.ca. Some of the general findings include continued support for increased diversion opportunities, opposition to the introduction of new user fees due to concerns over illegal dumping, divided support for organics management, and support for new curbside collection options within municipalities where curbside is currently offered.

“The results of the survey have been shared with the Advisory Committee, the RDEK Board and consultants who are helping us prepare the draft plan. They have provided us with valuable feedback that has helped inform the preparation of the draft plan,” adds Paterson.

The draft plan is expected to be presented to the RDEK Board for review at the July Board meeting. Following review by the Board, there will be a public consultation period where the draft will be available for public review and comment.  Following the comment period, feedback from the public, Advisory Committee, Board, First Nations and other stakeholders will be considered for incorporation prior to the final plan being presented for adoption by the Board and consideration by the Ministry.

For more information on the Solid Waste and Recycling Costs Survey, a summary of what is in our waste, and more visit engage.rdek.bc.ca.