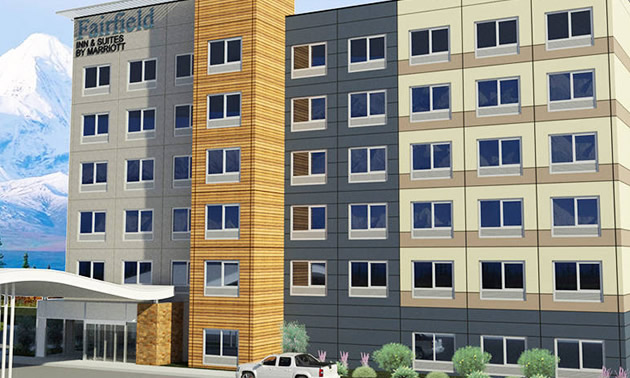 A proposed Fairfield Inn and Suites may soon be welcoming guests in Golden - the proposal is before Golden council. — Photo courtesy Marriott Hotels/Town of Golden

Word is that the Golden hospitality sector will get another boost in the not too distant future with the construction of a newly proposed Fairfield Inn and Suites — a Marriott subsidiary.

The proposal is before Golden council for consideration and approval.

In addition to the hotel, the developer has requested permission to construct a gas station and other commercial units on the property fronting the busy Trans-Canada highway.

The construction timeline is dependent on Town approval.