Conducted in October 2016, the project was called the Cranbrook External Truck Activity Survey. 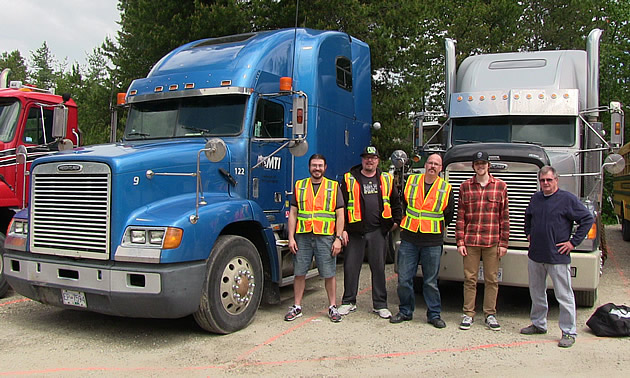 The purpose of the survey was to understand commodity flows and the logistics/supply chain that have been established in and around the Cranbrook region. — Photo courtesy Kootenay Business file photo

In October 2016, the City of Cranbrook, in partnership with College of the Rockies and the Commercial Vehicle Safety Enforcement (CVSE) branch of the Ministry of Transportation & Infrastructure (MOTI) conducted a road side survey of long haul trucks on cordon lines for the trucks that enter into the City (i.e. traffic borne from within the City was excluded). The project was called the Cranbrook External Truck Activity Survey.

The purpose of the survey was to understand commodity flows and the logistics/supply chain that have been established in and around the Cranbrook region for the development of growth and change strategies by the City and its regional stakeholders.

It was intended to capture where to/from goods and services move, ownership of the freight and businesses, the needs of trucking industries/operators and traffic volume. Survey teams were set up at the Yahk and Sparwood inspection stations on Highway 3 and at the Cranbrook game check site on Highway 3/95 on the outskirts of the north side of the City.

Here are some highlights from the survey:

As the majority of vehicles surveyed are long-haul that require design configurations to accommodate their maneuverability. Also significant is the demand from the trucking community for better transportation industry services locally – things like better and ample parking for larger vehicles, quality restaurants and other food services and ease of access to fueling sites.

Nearly 25 percent of all drivers surveyed indicated they stop in Cranbrook for fuel, food and rest, with nearly 59 percent of total respondents specifically looking for dining options when they stop.