The new company is starting small with a single 24-seat shuttle bus, with plans for expansion in the future 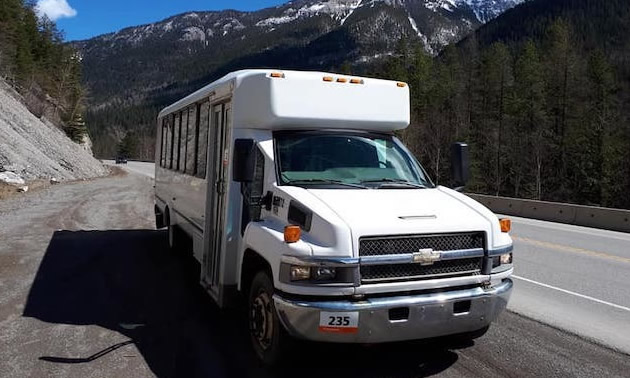 Inter-city bus service will return to the Highway 3 corridor in mid-July.

Mountain Man Mike’s has received approval from the B.C. Passenger Transportation Board to operate a pair of routes hubbed out of Kaslo to Vancouver and Edmonton.

According to the business’s Facebook page, the first Kaslo to Vancouver run took place July 13, with bookings and pricing online.

The new bus company is starting very small, with a single 24-seat shuttle bus making weekly trips on each route with plans to increase frequency and grow the fleet as ridership increases.

The route overlaps with the Silver City Stagelines service already running between Nelson and Kelowna through the Boundary region, leading that competitor to oppose the Mountain Man Mike’s proposal.

The PTB sided with Mountain Man Mike’s, noting the route also services the South Okanagan and Similkameen, which has been completely without long-haul bus service since Greyhound pulled out in October.

The company will be running their first bus on recycled fry oil, according to the company’s website. There is no indication yet when the proposed Kaslo to Edmonton route — which will travel through Salmo, Creston, Cranbook and Fernie — will start service.