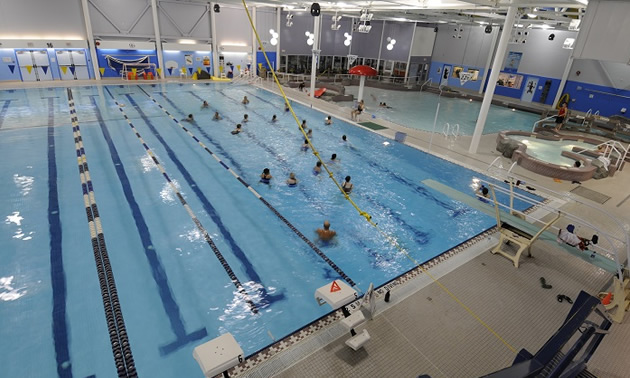 A retrofit at the Cranbrook Aquatic Centre last year is already paying off in energy savings. — Photo courtesy City of Cranbrook

The retrofit project, completed in mid-2017, was projected to save the City nearly $38,000 per year in energy use. In the last half of 2017, the City saw a 40 per cent reduction in natural gas consumption at WFP, which saved taxpayers nearly $26,000 in energy costs. That’s a total savings of over $60,000 in energy costs in just over 18 months.

“We are extremely happy with how the new dehumidification system is performing and the energy savings we are seeing is far exceeding expectations,” says Stacy Paulsen, Facility Operations Manager with the City.

“This is a real win for the City and we will continue to look for opportunities that will help to further reduce our building’s energy usage in the future.”

The project was funded in part through grants, including $108,000 from the provincial Community Energy Leadership program (CELP) and $133,000 in rebate funding through FortisBC’s commercial energy conservation rebate programs.

The City received an honourable mention through the Climate and Energy Action Awards from the Community Energy Association (CEA) at the annual Union of BC Municipalities convention in 2017.