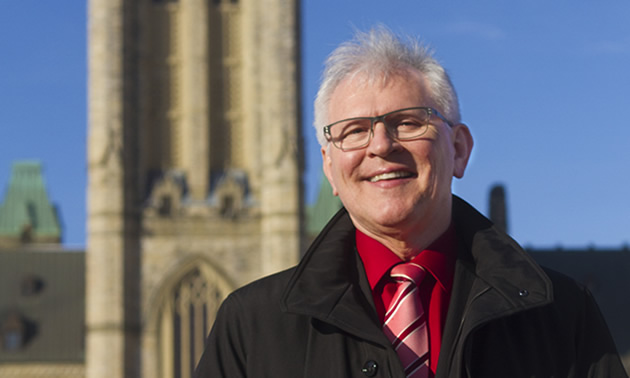 OTTAWA – MP Wayne Stetski (Kootenay–Columbia) has been elected Chair of the federal NDP’s B.C. Caucus. During the 2015 federal election, British Columbia elected 14 NDP Members of Parliament, second only to Quebec. The NDP’s B.C. Caucus meets weekly to discuss federal issues important to the people of British Columbia in order to better represent these issues in the House of Commons.

“It is an honour to be given the opportunity to lead this great group of men and women who truly care about the constituents they work for,” said Stetski.

“Wayne has shown real leadership in the House of Commons and in all of the work that he does in Parliament,” said Peter Julian, a 14-year veteran MP from New Westminster–Burnaby. “That's why his colleagues have elected him chair of the B.C. Caucus."

Past B.C. Caucus Chairs include Sheila Malcolmson, who was recently elected as a provincial MLA for Nanaimo, and Kennedy Stewart, who was elected Mayor of Vancouver last fall.

“It is a privilege to be following in their footsteps,” said Stetski.

In addition to his new role as B.C. Caucus Chair, MP Stetski is Vice-Chair of Parliament’s Standing Committee on Environment and Sustainable Development, Founder and Co-Chair of the All Party Cycling Caucus, and Vice-Chair of the Canada–Philippines Parliamentary Friendship Group.