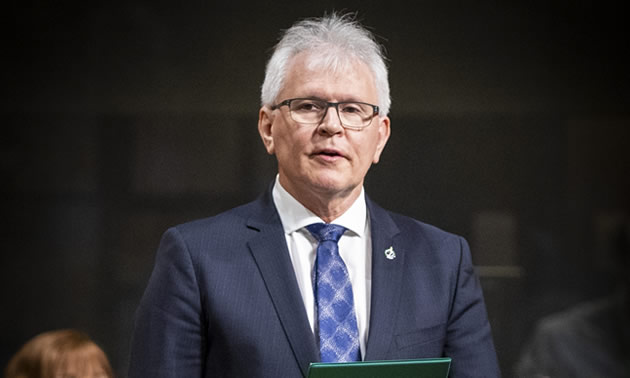 Wayne Stetski, Member of Parliament for Kootenay–Columbia, presented a petition calling for federal Transport Minister, the Hon. Marc Garneau, to recommend that Air Canada maintain a level of service between Canadian Rockies International Airport, in Cranbrook, and Calgary International Airport.

As of its closing on Thursday, May 9, 2019, the petition, which recommends that Air Canada should maintain one trip per day between Cranbrook and Calgary, had collected 541 signatures.

“From the number of constituents who supported this petition in just a short time, it’s clear that it is important to the residents of Kootenay—Columbia that transportation options in the region are maintained,” said Stetski. “We’re still facing gaps from the departure of Greyhound bus service in 2018 and we need reliable, frequent and competitive regional airline service, not just for tourist travel but also to allow residents to have options to travel for business, medical and other essential services.”

Now that MP Stetski has presented the petition in the House, he awaits the government’s response, which he hopes to have before Parliament rises for the summer. In the meantime, he will also write to Minister Garneau to continue to highlight the need for competitive regional airline service.

The petition was initiated by Cranbrook constituent William McKerrow in response to Air Canada’s announcement earlier this year that they would stop flying the Cranbrook-Calgary route after April 29, 2019.

“Residents of Cranbrook and surrounding areas are facing ever growing barriers in accessing essential services such as treatment options in areas such as mental health, addictions, and health care in general,” said McKerrow on the reasons why he initiated the petition. “Although our East Kootenay Regional Hospital is expanding, there is still a gap in services, which leaves residents having to access outside communities. Additionally, it leaves residents of our rural communities further isolated.”