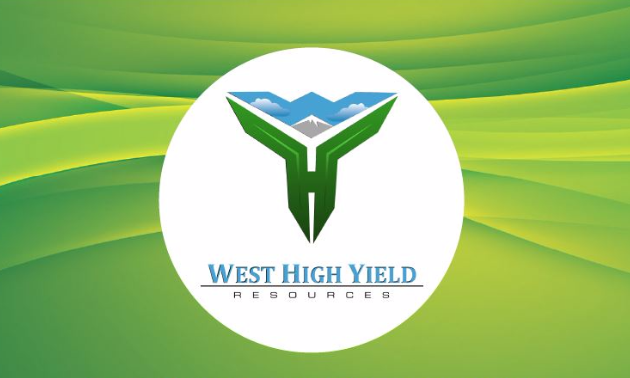 It was the lustre of gold that attracted miners to Rossland in the 1880's and it may be the magnificence of a $750 million magnesium deal that will bring back miners to the Alpine town.

“Rossland was nicknamed the Golden City for it was born out of man’s insatiable lust for gold. Situated as it is in the eroded crater of a long-extinct volcano, its golden treasure laid down in prehistoric times lay hidden through the ages awaiting discovery by modern man,” stated the Rossland Historical Society.

However, there may be more than gold in Rossland hills these days, as Calgary-based West High Yield (W.H.Y.) Resources recently announced the sale of their right, title and interest in Record Ridge South, Midnight and O.K. Mineral properties near Rossland to Gryphon Enterprises, a company based in Maryland, USA, for the purchase price of US$750 million.

Frank Marasco, President and Chief Executive Officer of W.H.Y. , stated "The proposed transaction is great for our shareholders who have been supportive and patient in this very long and arduous process. As we move forward and recognize how important our environment is to our children and grandchildren, we are pleased to see the development of the 'greenest element' in the world. Magnesium will support many aspects of our lives including, medical, agriculture, batteries, construction, auto and aero industry and many more applications. Thank you for all your support."

“If you calculate the three sections of the land, there is about 3,000 years of supply” of magnesium that can be extracted from the property, Marasco told the Financial Post.

Little is known about Gryphon Enterprises, but West High Yield is a publicly traded junior mining exploration company focused on the acquisition, exploration and development of mineral resource properties in Canada with a primary objective to locate and develop economic gold, nickel and magnesium properties.

Reports within the exploration community and in the financial press predict that “a long-awaited surge in magnesium demand from the automotive sector—as a way to make cars lighter—may be starting to kick in. Toyota Motor Corp. also believes magnesium-based batteries could displace lithium-ion ones in everything from cars to cell phones.”

In advance of the recent sale and according to W.H.Y.'s website, the company objective “Is to bring into production one of the world's largest, greenest deposits of high grade magnesium. We have contained 10.6 million tonne of magnesium (inside of our 7.5 sq/klm out-crop discovery) based on our preliminary economic assessment, done by SRK Consulting engineers of Denver Colorado. West High Yield Resources owns 100% of 7,891 square contiguous hectares which will support open pit mine and processing facilities. We have full infrastructure in place including roads, highways, nearby rail, electrical power, water, and natural gas. We are two miles north of the U.S. Border with supporting industries and rail hub and sea port nearby. We are currently preparing our mine permit application and supporting environmental baseline reporting.  We are concurrently conducting micro-plant process testing to evaluate alternative processing methods which we anticipate will significantly reduce the capital project costs and therefore improve on the project economics.”

According to Bloomberg's Financial, reporting the sale prompted W.H.Y.'s shares to suddenly soar which triggered an inquiry by the Alberta Securities Commission. Bloomberg stated, “As the news spread, WHY rose as much as 955 percent in one day, an extraordinary surge even on the TSX Venture Exchange, sometimes referred to as the 'wild west' of unproven penny stocks. The Alberta Securities Commission launched an inquiry into the stock move, citing 'the magnitude of this transaction.' Trading in the shares, which rose to C$2 for a market value of C$114.5 million ($89 million), have been halted since Oct. 6.”

Data gathered by Bloomberg indicates that, “The deal ranks No. 4 by transaction value among the year’s biggest mining-asset sales globally, vying with those like Barrick Gold Corp.’s $960 million sale of half an Argentine mine, that churned out 544,000 ounces of gold last year.”

A W.H.Y. Resources document outlines the vision for a massive open pit mine near Rossland, “The Record Ridge South resource area will essentially be a large open pit quarry area that would supply igneous rocks with significantly elevated magnesium levels to an energy intensive (electricity and natural gas) processing plant to comminute the mineralized rock, leach, dry, separate through electrolysis methods and package the magnesium metal for shipment to domestic and foreign markets.

Investigation to date shows that the Record Ridge South Resource could support an open pit mine and magnesium processing facility, which are contingent on the long-term price of magnesium metal, energy prices and reagent prices and capital costs.

The Project is located 7.5 kilometres southwest of the town of Rossland, B.C., Canada, 8 kilometres north of the U.S.-Canada border and approximately 400 kilometres east of Vancouver.

The mine plan would be driven by mill production requirements, and the provision of waste rock for tailings dam construction. Mineable resources would not be difficult to mine given the massive nature of the resources. A further economic analysis should be performed to determine the economic viability of selling the waste rock as either building stone, sand and gravel, or some other industrial use such as railroad ballast.

Open pit mining would be by conventional diesel-powered equipment, a combination of blast hole drills, hydraulic excavators, rubber-tired wheel loaders and off-highway 50 to 100t trucks. Support equipment would include; graders, track dozers, and a water truck to aid in the mining of the Mineral Resource and waste. A typical open pit mining cycle at Record Ridge South would be composed of drilling, blasting, loading and haulage. Haulage generally is the highest cost category of mining.

Mining was a long standing mainstay of Rossland for many decades. Only time, money and demand will dictate whether another mining boom—this time fueled by magnesium—is imminent.