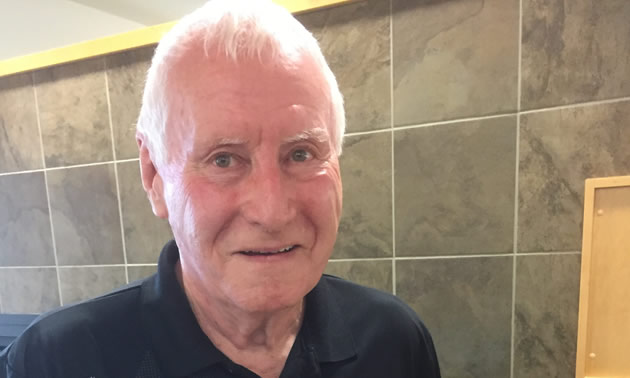 Well-know businessman Terry Gainer has published a memoir about the golden age of train travel through the Rockies. — Photo courtesy Terry Gainer

Well-known businessman Terry Gainer, who is semi-retired and living near Nelson these days, has published a book about his youthful memories of growing up in the Banff train station.

Terry Gainer was a director of Kootenay Rockies Tourism for a number of years and he was a partner and manager of Dewdney Stage Bus lines, based out of Trail, for ten or more years, as well.

Congratulations to Terry on publishing a fascinating look at the golden age of train travel through the Rockies.

Here's a notice from his publisher:

Drawn from Terry Gainer’s personal memories and experiences from his years living and working at the legendary Banff Railway Station, this entertaining memoir and important historical record beckons the reader into the golden age of railway travel in the mountains of western Canada.

Complete with a selection of archival photographs, When Trains Ruled the Rockies documents life at the Banff Railway Station and traces the huge role the station played in the local community.

The author’s own story of growing up at the station winds a thread through the narrative and brings into clear focus Terry’s lifelong passion for passenger trains, at one time the most dominant means of transportation for Canadians but sadly an experience that is now fading into history.

Terry Gainer’s family arrived in Banff in 1948 when his father, Frank Gainer, was transferred there as station agent. From their arrival until 1955 the family lived in the residence atop the station itself. During these years, Terry explored every nook and cranny of the station and the surrounding grounds. From 1957 he worked summer jobs there, initially as a porter in the baggage room and then as a redcap through the summer of 1962, the bonanza year of the Seattle World’s Fair and the opening of the Trans Canada Highway but unfortunately the beginning of the end of train travel to Banff. Largely influenced by his upbringing, Terry has enjoyed a career that has been an amazing fifty-year adventure in tourism. Terry Gainer retired in 2005 but he has stayed involved in the industry as a marketing consultant. He lives in Nelson, British Columbia.