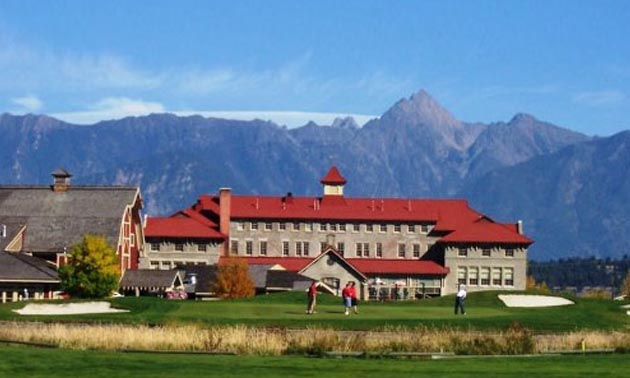 The Ktunaxa Nation is pleased to announce that as of June 20, 2017 the St. Eugene Golf Resort and Casino is once again solely owned by the four Ktunaxa communities ʔakisq̓ nuk First Nation, ʔaq̓ am, ʔakink ̓umǂasnuqǂiʔit (Tobacco Plains), yaqan nukiy (Lower Kootenay) and Shuswap Indian Band who together make up St. Eugene Mission Holdings Limited (SHL).

“The importance of St. Eugene to the Ktunaxa communities cannot be overstated,” said Kathryn Teneese, Ktunaxa Nation Council Chair. “As a destination resort, golf course and casino, it is one of the largest employers in our region. More importantly however, the resort serves as a reminder to the Ktunaxa Nation that through perseverance, strength and understanding, dark parts of our history can be turned into shining examples of economic cooperation and success.”

The St. Eugene Mission operated as a residential school from 1912 to 1970. During this time, over 5000 children from across British Columbia and Alberta attended the school. After the facility was closed in 1970, it came into disrepair and was vandalised repeatedly.

Inspired by Elder Mary Paul’s words that, “Since it was within the St. Eugene Mission School that the culture of the Kootenay Indian was taken away, it should be within that building that it is returned,” all Ktunaxa communities and the Shuswap Indian Band voted in favour of restoring the derelict building into an example of healing, hope and prosperity.

The St. Eugene Golf course opened in 2000 followed by the Casino of the Rockies in 2002 and the St. Eugene Hotel in 2003. In 2004, two partners were brought on board, Samson Cree Nation from Alberta and Rama First Nation from Ontario.

“This acquisition was a massive undertaking and would not have been possible without the hard work of the Directors of St. Eugene Mission Holdings Limited and the executive and management teams at St. Eugene Resort,” said Corrie Walkley, SHL President. “The St. Eugene Resort is certainly unique, from its dark legacy to today’s thriving operations that includes the only casino operated on First Nation’s reserve land in British Columbia. We are proud of what we have built and look forward to continuing to provide a world-class cultural and resort experience.”