Congratulations to everyone at Invermere’s Taynton Bay Spirits on your awards. 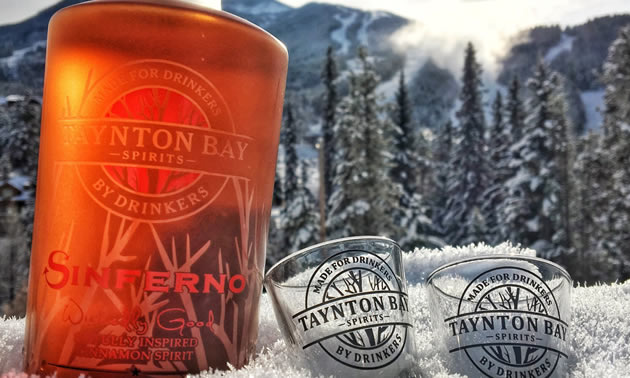 The CASC’s stated purpose is as follows: “The medals will be a valuable tool to attract attention from the press, your customers, community, and industry experts. It will bring national attention to your distillery, demonstrating that your products are leading the way in Canada's new and growing artisan spirits industry.”

Spirits are evaluated on a point-based system in four categories: nose, palate, balance, and finish.

Invermere’s Taynton Bay Spirits, one of the region’s newest distillers, came away from the competition with several awards—they included:

Vancouver Island’s Sheringhan Distillery was awarded Canadian Artisan Spirit of the Year in the competition. British Columbia is home to almost 45 per cent of Canada's artisan distilleries and took home the greatest number of awards at the competition.

Congratulations to everyone at Invermere’s Taynton Bay Spirits on your awards.