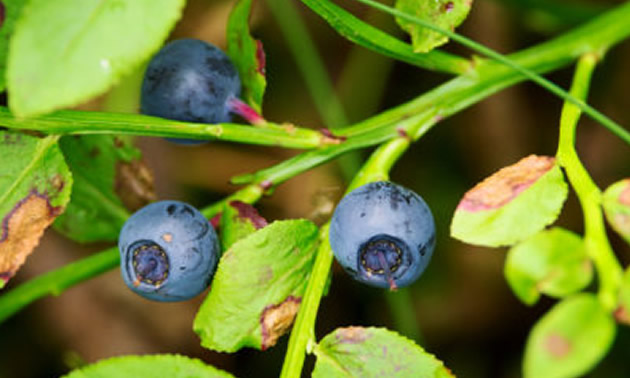 Commercial-scale picking of huckleberries is prohibited in some areas of the Kootenay Boundary region to protect grizzly bear habitat. — Photo courtesy GardensNow

From July 15, 2019, to Oct. 15, 2019, commercial-scale picking of huckleberries is prohibited in some areas of the Kootenay Boundary Region. Maps identifying the closed areas are available online: http://www.env.gov.bc.ca/kootenay/eco/access.htm

These areas have been identified as critical foraging zones for grizzly bear and other wildlife species. They are also of high traditional value to First Nations.

Traditionally, the huckleberry harvest was limited to First Nations’ sustenance and public household use. The recent increase in commercial-scale huckleberry harvesting in the Kootenays has resulted in conflicts with grizzly bear foraging areas and damaged habitat, particularly where mechanical harvesting devices are used.

This is the second consecutive season closed areas to commercial-scale harvest have been in effect. Minor changes have been made this year to reflect updated scientific information indicating berry patches being highly used by bears that were not included in last year’s closures.

People are asked to look for road signs identifying the closure areas. The areas will be reviewed again prior to next year.