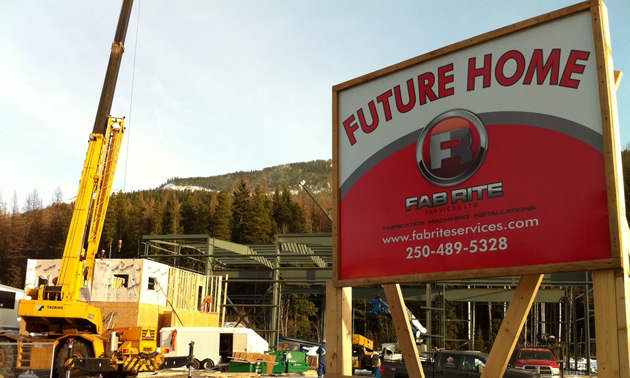 Fab-Rite has begun construction of its new Sparwood fabrication facility.

Cranbrook-based Fab-Rite, which is celebrating its 30th anniversary this year, has begun construction on its new Sparwood fabrication facility.

The structural steel for the new metal-clad building is currently being erected and the adjoining offices are under construction as well.

The machining and fabricating company does major work for the coal industry in the Elk Valley and the new facility will be ideally suited to handle this workload.

Fab-Rite is owned and operated by Mike Kozinuk, and is managed by his son, Cole Kozinuk, and mechanical project manager, Troy Ross.

The project is slated to be completed later in 2013. It is located just off of Highway #3 on Sparwood Drive, next to Alpine Lumber in Sparwood.