This year’s “Literary Couples” theme brings to Nelson award-winning writers that just happen to be married to one another. 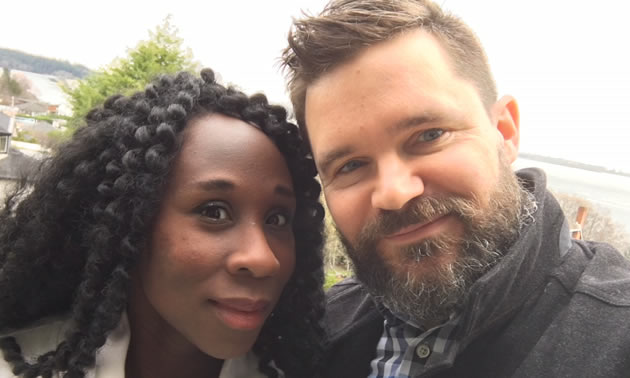 Tickets are now on sale for the 7th annual Elephant Mountain Literary Festival, July 12 – 15 in Nelson. There are pay-as-you-go and Gold Pass options as well as some free events, enabling Kootenay folks to meet notable Canadian writers and to celebrate our own.

This year’s “Literary Couples” theme brings to Nelson accomplished, award-winning writers that just happen to be married to one another.

These four appear at the Saturday Night Live! event at the Hume Hotel, which features an on-stage interview with Globe and Mail Western Arts Correspondent Marsha Lederman.

Musgrave is also EMLF’s writer-in-residence; in addition to two days of one-on-one critiques with local writers, she will give a talk on the writing craft on Thursday night at the Nelson Library, with entrance by donation.

Also in the program is Friday’s Literary Craft Crawl, a micro-brewery tour in which local writers are paired with a craft beer at Torchlight, Backroads, and Savoy breweries for the perfect blend of literature and libation.

The free micro-brewery beer tastings are followed by the 100-Mile Opening Gala at the Hume Hotel, a ticketed event where NBC beers are paired with local writers Jordan Abel, Sean Arthur Joyce, and Rayya Liebich in an evening that has become a festival favourite.

Panel discussions on Saturday at the Chamber of Commerce in the old CPR station explore aspects of creativity, with panelists from across the creative spectrum.

Elephant Mountain Literary Festival is a project of the Kootenay Literary Society. For full information and tickets please visit emlfestival.com.