Gina was a popular radio news anchor and personality for the Jim Pattison Group radio station in Cranbrook. 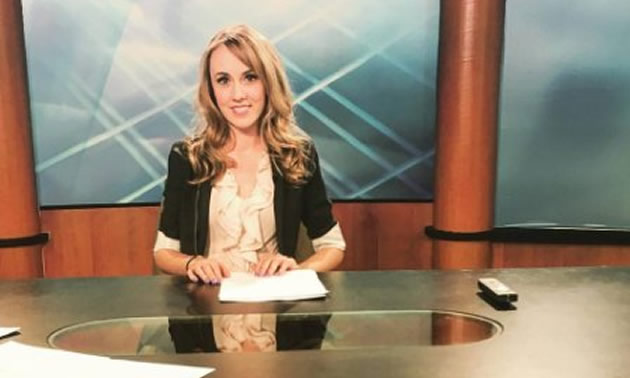 It’s a step up the career ladder for former morning news anchor/co-host, Gina Martin, who was at Cranbrook’s The Drive FM for several years. She recently moved to be a news anchor/reporter at a Newcap television station in Lloydminister, Alberta.

Gina was a popular radio news anchor and personality for the Jim Pattison Group radio station in Cranbrook from September 2015 to October 2016.

She was the Game Day Host at the WHL’s Kootenay Ice home games and was regularly seen engaging the audience and co-ordinating in-between period entertainment. She also emceed special events like the Kootenay Rockies Gran Fondo and did regular reporting for Shaw TV’s Go Kootenay segments.

Gina received her diploma in radio, television and broadcast news with honours from the Southern Alberta Institute of Technology (SAIT) in Calgary.

We wish Gina much continued success in her broadcasting career.