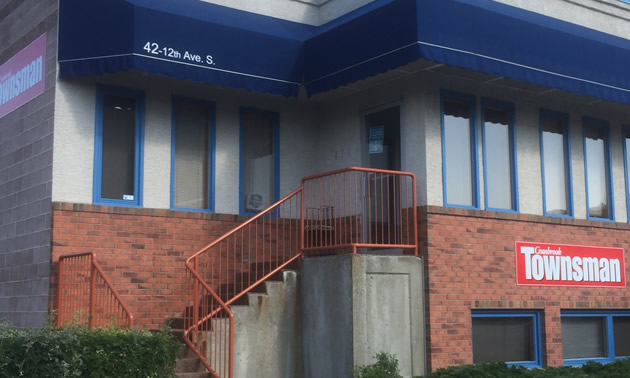 The front office staff of the Cranbrook Townsman have moved to new premises on 12th Avenue in downtown Cranbrook. — Photo courtesy Keith Powell

Due to an increase in production, and the consolidation of the printing of a number of their newspapers, the Townsman is moving their mailroom (flyer insertion and distribution) into their former front office facilities on Cranbrook Street. The mailroom will then be adjacent to the company's printing press operations.