Despite a reduction in the number of jobs in the Kootenays, the unemployment rate fell by two percentage points to 5.3 per cent. 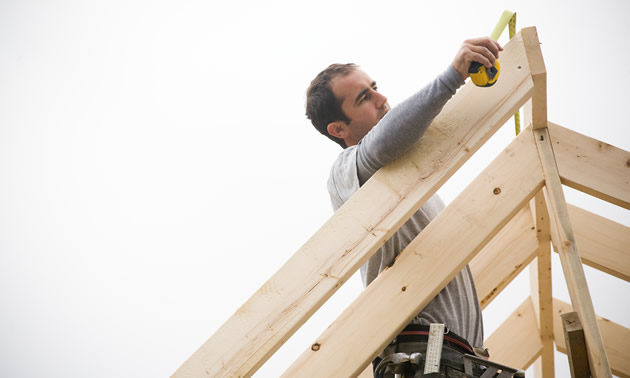 A slow down in major project development led to a reduction in construction activity, causing the industry to decrease by 800 jobs. — Photo courtesy KBM file

According to the CPABC Regional Check-Up, an annual economic report by the Chartered Professional Accountants of British Columbia (CPABC), the Kootenays’ labour market contracted by 700 jobs or one percent to 71,200 jobs in 2018.

The goods sector was entirely responsible for the jobs lost. A slow down in major project development led to a reduction in construction activity, causing the industry to decrease by 800 jobs. The region’s agriculture and utilities industry also experienced job losses, while the manufacturing and the forestry, fishing, mining and oil and gas industry experienced job gains.

“Despite a decline in production at Teck’s four coal mines in the Elk Valley and the suspension of operations at Coal Mountain, the mining industry added 600 jobs,” said Mike Calder, CPA, CA, partner at BDO Canada LLP in Cranbrook. “Coal prices remained strong for a second consecutive year, and kept activity in our mining industry consistent.”

Although employment in the Kootenays’ service sector remained unchanged at 49,500 positions, employment was re-distributed across the sector. Accommodation and food services lost 1,400 jobs despite a successful year for the Kootenays’ tourism industry, which saw tourist entries increase by 6.4 per cent. The health care and social assistance industry added 1,100 jobs in 2018, with new employment opportunities in hospitals, social assistance services, nursing and residential care facilities, and ambulatory health care services.

Despite a reduction in the number of jobs in the Kootenays, the unemployment rate fell by two percentage points to 5.3 per cent. This was due to a decrease of 2,400 individuals in the region’s labour force, leaving fewer people unemployed.

“When unemployment rates fall to five per cent, it indicates that the labour market is near capacity,” noted Calder. “If our labour supply continues to shrink, employers will find it increasingly difficult to hire workers. This could hamper or delay business expansion plans.”

The Kootenay Development Region is comprised of three Regional Districts: the Kootenay-Boundary, Central Kootenay, and East Kootenay. It accounts for nearly 3.2 per cent of the provincial population.

The CPABC Regional Check-Up reports look at British Columbia’s eight Development Regions as a place to work, invest, and live. The reports are available online at: www.bccheckup.com.

The Chartered Professional Accountants of British Columbia (CPABC) is the training, governing, and regulatory body for over 36,000 CPA members and 5,000 CPA students and candidates. CPABC carries out its primary mission to protect the public by enforcing the highest professional and ethical standards and contributing to the advancement of public policy. CPAs are recognized internationally for bringing superior financial expertise, strategic thinking, business insight, and leadership to organizations.