Neil will be remembered for his honest and sincere engagement with communities, and his leadership and commitment to CBT. 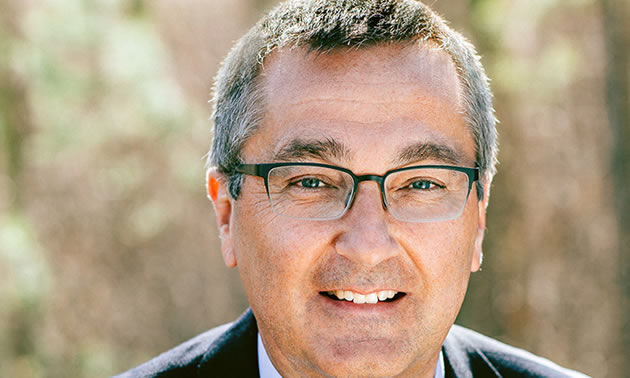 Columbia Basin Trust Board and staff, and residents of the region join Neil’s family in mourning the unexpected passing of Neil Muth, President and CEO. Neil will be remembered for his honest and sincere engagement with communities, his leadership and his commitment to supporting the efforts of the people of the Basin.

“The Trust Board and staff are deeply saddened. Neil was a friend, a mentor and a leader to so many. He inspired us all to strive for excellence for the Trust and the Basin,” said Trust Chair Rick Jensen. “We mourn his loss and extend our deepest sympathies to his wife Cathy and three children, John, Emily and Hilary.”

“I'd like to express my sincere condolences to Neil's wife Cathy and the children,” said Minister of Energy and Mines Bill Bennett. “As a long-time resident of the Columbia Basin and as the Minister responsible for Columbia Basin Trust, I will be forever grateful for the knowledge, wisdom and vision Neil shared with me on many, many occasions. Neil has been taken from us far too soon, but his contributions to the growth of the Trust and to the people of the Basin will live on forever.”

Neil joined the Trust in 2005. He was born and raised in Trail, and was excited to return to the region from Victoria, where he served as Vice-President, Private Placements, for the British Columbia Investment Management Corporation. That excitement showed in his passion for and interest in every aspect of Basin communities: their projects and their aspirations, as well as the best places to ski, eat and have a cup of coffee.

Neil’s accomplishments as President and CEO over the past 11 years are many, but his appreciation and respect for the Trust’s mission statement are what truly defined his service: by ensuring the Trust built and delivered programs with residents and communities; by seeking out and responding directly to feedback and guidance from communities; and by being flexible and responsive to community needs.

“While he left us much too early, we will do our best to honour Neil by continuing to work closely with communities and people just like he did,” added Jensen.

The Trust Board of Directors will announce succession for the CEO role at a later date. In the interim, there are no changes anticipated in the Trust’s day-to-day business activities.

Neil passed away peacefully at his home on Wednesday, November 9, 2016. He was 57. Neil’s family will hold a private service for their beloved husband and father and will also be establishing a scholarship fund in his name. Donations can be made to: CIBC account 05070/45-51311 c/o Columbia Basin Trust.