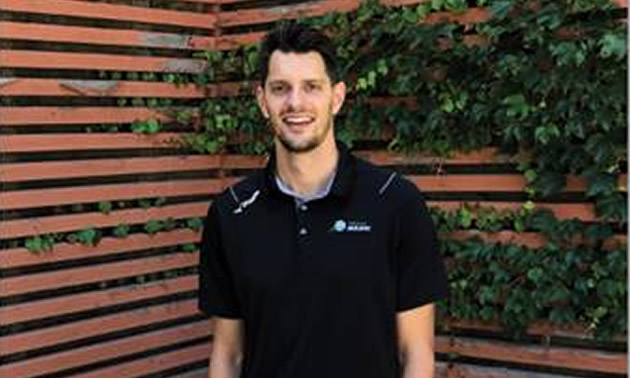 College of the Rockies is pleased to announce Bryan Fraser as the new head coach of the women's Avalanche volleyball team. — Photo courtesy COTR

College of the Rockies women’s Avalanche volleyball team will have a new leader for the 2019/20 season. Bryan Fraser brings coaching experience in Canada and Holland to the role.

“I am excited to welcome Bryan to the Avalanche family,” said Cori Andrichuk, Manager, Student Life and Athletics. “We look forward to continuing to build a great women’s program at College of the Rockies with him at the helm.”

Fraser grew up in Saskatoon, Saskatchewan. He began playing volleyball in grade nine, going on to play for the University of Saskatchewan Huskies for five years before spending a year at the Volleyball Canada full-time training centre. After two summers with the Canadian National B team, Fraser went on to play professionally in Europe.

In addition to his playing experience, Fraser has coached for developmental summer camps, and a division 3 women’s team in Holland. He also held the role of assistant coach with Team Saskatchewan, and head coach for the Canadian men’s under-17 team.

“I am extremely excited to begin my coaching career in the PACWEST with the Avalanche women’s team,” Fraser said. “They have an outstanding academic program, and I am thrilled to have the opportunity to help build a competitive team on the court.”

Fraser takes the helm from John Swanson, who served as the women’s team’s head coach from 2015 to 2019.

“I want to thank John for his dedication to the Avalanche program over the past four years,” Andrichuk said.

College of the Rockies women’s Avalanche team’s 2019-20 season will officially kick off on Friday, October 18 when they host Douglas College.

Learn more about College of the Rockies Avalanche volleyball program at: cotr.ca/avalanche

About College of the Rockies

For more than 40 years, College of the Rockies has provided post-secondary education that meets the needs and aspirations of the people, industry and businesses of our region. Each year, we welcome more than 10,000 full-time and part-time students into a full range of programs, including: skilled trades, university studies, adult upgrading, early childhood education, health and human services, business, office administration, tourism, hospitality, recreation, fire services, continuing education and contract training. Through smaller class sizes, highly-personalized instruction and dedicated support services, our students are primed to succeed in the job market, or in the next stage of their academic journey.