Kramer has been helping students to prepare for registration exams for nine of her 15 years in nursing education. 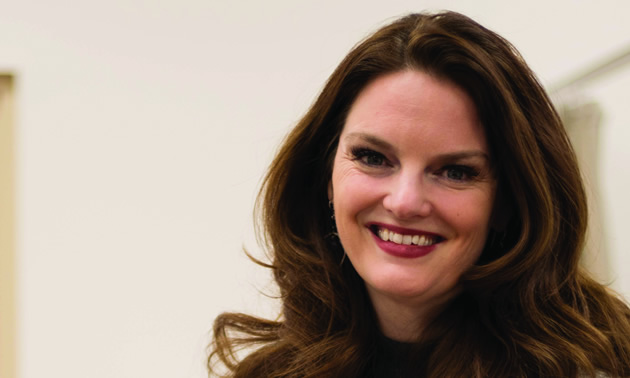 College of the Rockies Bachelor of Science in Nursing instructor, Marnie Kramer, is the recipient of a Social Sciences and Humanities Research Council (SSHRC) Insight Development Grant in the amount of $54,162, a prestigious honour for a nursing researcher.

“Getting a SSHRC research grant is like winning the lottery in our field,” Kramer said. “Generally, nursing research falls under the Canadian Institute for Health Research so it is really uncommon for a nursing project to gain SSHRC funding. The reason this project was approved is because it is focused on education and on a nation-wide issue that impacts nursing students’ entry into practice.”

Kramer, who holds a PhD in Nursing from the University of Toronto, aims to create a Canadian-based program to help nursing students successfully write the National Council Licensure Examination (NCLEX – RN). In 2015, the first year the exam was implemented, approximately 2100 new nursing graduates across Canada failed their first attempt. Though pass rates have improved since that time, Kramer still sees a need to help improve the success rate of students who struggle with the licensing exam.

“Marnie is highly deserving of this grant,” said Heather Hepworth, Vice President Academic and Applied Research at College of the Rockies. “The work she is doing is vital to helping nursing students successfully transition from education into their career. Her research will benefit not only Bachelor of Science in Nursing students at College of the Rockies, but potentially across Canada.”

As the NCLEX is conducted by regulatory bodies, it is separate from nursing education programs. Students may be successful in completing their program but then go on to fail the NCLEX. At that point they are on their own, no longer a part of an education program yet unable to be licensed and start their careers.

Current resources to help students prepare for this exam are primarily American-based commercial products. Kramer’s experience in this area has led her to believe that nursing instructors play an important role in seeing their students succeed in the NCLEX.

“It’s about trying to figure out what’s happening with our learners when they fail the exam,” she said. “Then we need to look at our programs, from year one to year four, to figure out how we can prevent the failure in the first place.”

Kramer has been helping students to prepare for registration exams for nine of her 15 years in nursing education. Her SSHRC-supported research focuses on testing the strategies she has been using in order to gather formal data on how they impact or support student success in the NCLEX. She has found tremendous support from her College colleagues.

“At the College we have developed a one-to-four NCLEX plan. We’re using the resources I have developed and we’re also trialing one of the first faculty-led interventions in Canada,” Kramer added. “We’re starting in year one and looking at affective issues with learning, like anxiety and study habits. In year two we incorporate learning tools the students carry from course to course. By year three, the students start to understand who they are as learners. In year four, students use an online program I have developed to prepare for the NCLEX exam.”

Kramer hopes, that through this faculty-led project, students will be able to go straight to successfully writing the exam after graduation, without having to take time to study.

Early into her SSHRC funded research, Kramer is seeing success.

“The first five repeat writers of the NCLEX, using the tools I have developed, passed the exam,” Kramer added.

Once her research project ends, Kramer will begin to introduce her findings in nursing communities, including the Canadian Association of Schools of Nursing, as well as to nursing regulators. She will then make a decision about what to do with the tools she has developed, exploring both commercial and non-profit options.

Learn more about Bachelor of Science in Nursing at College of the Rockies at: cotr.ca/regnurse