College of the Rockies Board approves sexual misconduct protocols

The purpose of the policy is to address potential issues at the College’s campuses. 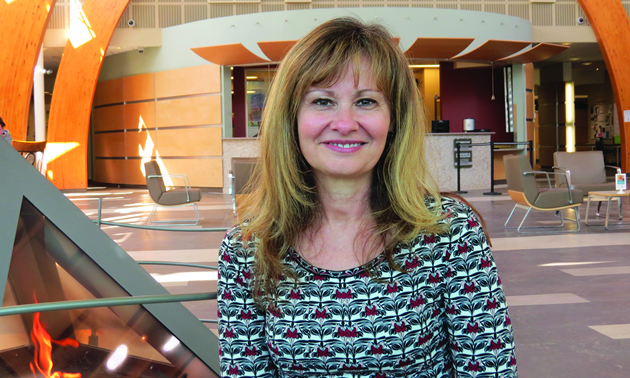 College of the Rockies Board of Governors approved a Sexual Violence and Misconduct Prevention and Response policy at their monthly meeting on April 13. The purpose of the policy is to address potential issues at the College’s campuses.

The new policy is in response to Bill 23 – the Sexual Violence and Misconduct Policy Act - which requires all post-secondary institutions to establish and implement a sexual misconduct policy by May 19, 2017.

A Sexual Assault Prevention and Response Task Force was established at College of the Rockies in March 2016, consisting of the College’s Director of Student Affairs, Counsellor, Executive Director of Human Resources, Indigenous Student Mentor, Indigenous Cultural Liaison, Manager of Human Resources, Manager of Student Life and Athletics, and the Residence Supervisor.

After reviewing the criteria of Bill 23 as well as the policies and protocols of various other post-secondary institutions, the Task Force undertook extensive consultation with members of the College’s internal and external communities. The policy was also reviewed by the College’s Human Rights lawyer.

“Developing this policy and protocol was a very collaborative process and we appreciate everyone who contributed their time and expertise to this project,” says Doris Silva, College of the Rockies’ Director of Student Affairs. “We especially appreciate our community partners who will become an integral part of supporting survivors of sexualized violence and assisting us in keeping our campuses safe.  We learned through this process that our ability to reduce sexual violence and misconduct incidences and make our campuses safer is a collective responsibility and will require us to provide ongoing training and education throughout our College community.”

The training and education have already started.  The Task Force provided Responding to Disclosures of Sexual Assault training to Residence Advisors, key frontline staff members and community focus group participants at the start of the 2016/17 academic year.  This training will be available at each of the College’s campuses this spring and will continue to be offered on an on-going basis College-wide.

In addition, two Bachelor of Science in Nursing (BSN) practicum students, Brianna Kennedy and Presley White, hosted an interactive educational event at the College residence which tested students’ knowledge on the topic of sexual violence and provided an opportunity for dialogue. The BSN students also helped to develop information posters that will be distributed throughout all of the College’s campuses.

Events aimed at awareness of sexual violence and the College’s new policy and protocol will continue with each new intake of students.

Learn more about the College’s work to address potential sexual misconduct or violence at: cotr.ca/sexual-assault