Strilaeff’s appointment as President and CEO is effective immediately. 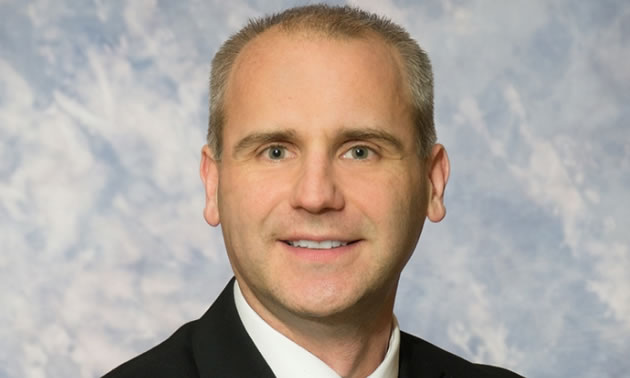 Columbia Basin Trust Board of Directors has announced that they have appointed Johnny Strilaeff to the position of President and CEO. Strilaeff has been with the Trust since 2005, most recently as the Vice-President and Chief Operating Officer.

Strilaeff moves into the position following the unexpected passing of long-time President and CEO Neil Muth earlier this month.

“Johnny was our unanimous choice. It is a comfort that at a difficult time when we have to make difficult decisions, we knew with complete confidence that Johnny could step into this role. As a board, we have the best interests of the Trust and its continued successful operation in mind. We know that Johnny works with the best interests of the Trust and Basin residents in mind as well,” said Rick Jensen, Board Chair.

Strilaeff was born and raised in Castlegar. He is a graduate of Selkirk College as well as the University of Calgary. He was also a commercial loans manager at the CIBC for over eight years before coming to the CBT.

When he joined the Trust in 2005, Strilaeff was responsible for the investment program. In recent years, he assumed the role of Vice-President and Chief Operating Officer and has been an advisor to the CEO and a member of the executive management committee.

“I am humbled and honoured by the Board’s decision and have committed to work diligently to continue Neil’s legacy of strong community relationships, support for Basin priorities, and maintaining the Trust as an effective and efficient organization,” Strilaeff said.

“Under Neil’s leadership the Trust matured into a robust organization with talented staff, and as a result we can continue meeting the needs of Basin communities without any interruption to our operations,” he said. “This is a direct result of Neil’s vision for the organization and a testament to his leadership.”

Strilaeff’s appointment as President and CEO is effective immediately.