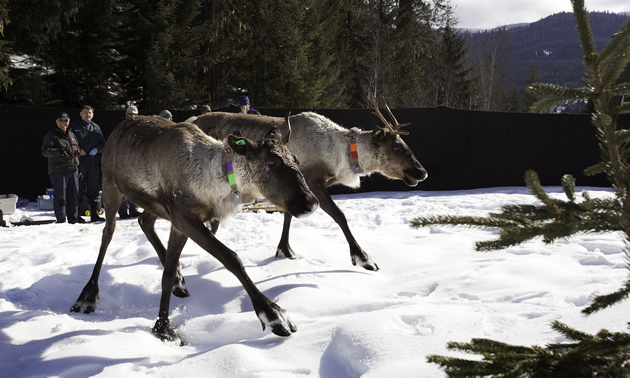 Southern mountain caribou are an at-risk species in B.C. The public is invited to provide feedback on two draft agreements designed to help conserve the caribou populations. — Photo courtesy BC Government

The two draft agreements have been developed under Section 11 of the federal Species at Risk Act.

A draft Section 11 agreement between British Columbia and Canada sets a framework for co-operation between the two governments to recover southern mountain caribou.

Staff from the provincial and federal governments will share information about the draft agreements and will be available to answer questions.

Feedback collected from these sessions will help inform the final agreements.

The community engagement sessions are scheduled as follows:

Overviews of the draft agreements, a feedback form, maps and general information, are available online: https://engage.gov.bc.ca/caribou/section11agreement/