Brewery of the Year goes to Revelstoke’s Mt. Begbie

The Canadian Brewing Awards are the premiere competition for judging the quality of Canadian owned beer and ciders. 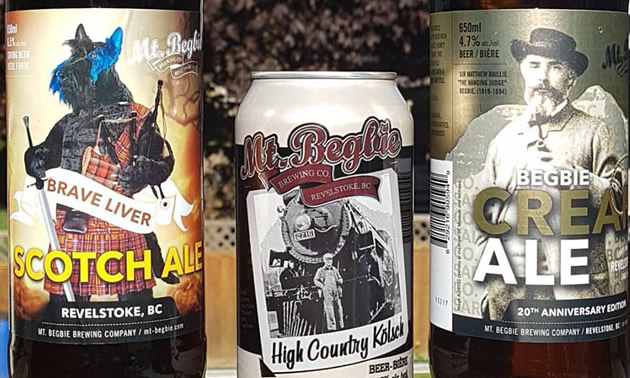 Mt. Begbie was honoured with the title of Brewery of the Year at the Canadian Brewing Awards and Conference, beating out competitors from across Canada. — Photo courtesy Mt Begbie Facebook/Darren Shewchuk

The 15th annual Canadian Brewing Awards and Conference was held in Ottawa recently at the Ottawa Conference and Event Centre. Attendees enjoyed a full expo floor featuring the industry’s top suppliers; informative and educational sessions; fantastic networking events hosted by Ottawa breweries; a Keynote address by Steve Beauchesne from Beau’s All Natural Brewing Company, and of course, the gala night awards ceremony. There were over 1700 entries from 333 breweries and cideries across Canada.

This year, the CBAs updated the eligibility rules for entering the competition to require that participating breweries must be majority Canadian-owned. This change was met with overwhelming support from the Canadian brewing industry, and helped the CBAs enjoy their most successful year to date.

“We feel that this move preserves the integrity of the awards and conference going forward and is in complete alignment with our mission to continue improving the awards program year on year” said TAPS Media President, Rob Engman.

About TAPS & The Canadian Brewing Awards

TAPS Media is a Canadian-owned company that has published TAPS Magazine and operated the Canadian Brewing Awards since 2006. The Canadian Brewing Awards are the premiere competition for judging the quality of Canadian owned beer and ciders. The contest is the only truly national competition that invites breweries and cideries of all sizes from across the country to compete in a blind tasting to determine who creates the best beer/cider in a variety of style categories.